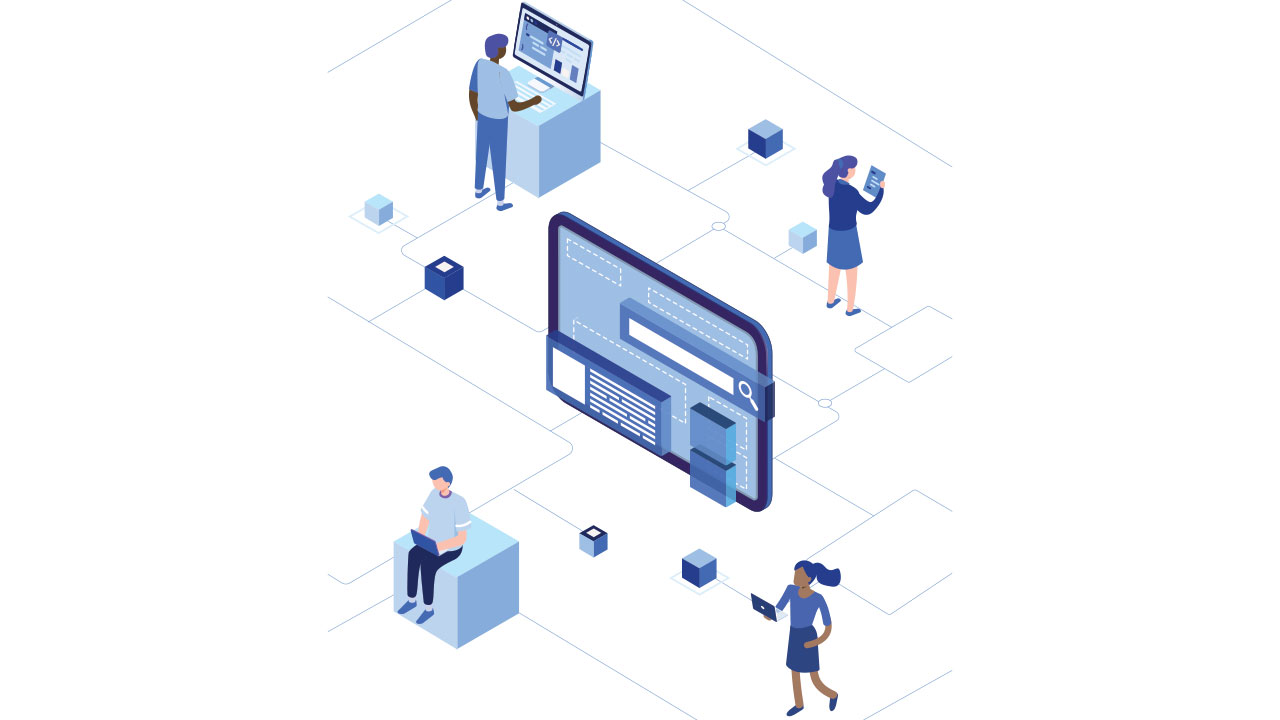 As organizations embrace digital transformation on their journey to hybrid cloud, it’s important that they develop new applications to meet their evolving business requirements. Often, traditional tools cannot keep pace with their fast-paced development needs, which can lead to delays to new application deployment and missed opportunities.

IBM Wazi for Red Hat® CodeReady Workspaces can help them solve that problem by providing a comprehensive set of capabilities designed to deliver the modern development environment needed for today’s cloud native developer.

This latest offering from IBM Z® is more than just a new product or feature. It’s a paradigm shift in Z development that can help companies solve a wide variety of business challenges, and it’s positioned to provide a superior and developer-centric user experience through tightly integrated capabilities and a unified runtime environment.

“IBM Wazi for Red Hat CodeReady Workspaces gives developers an out-of-the-box experience where they can self-service provision their own IBM z/OS® stack without requiring a systems service ticket,” says Mike Fulton, Distinguished Engineer, IBM. “It’s capable of providing everything needed for application cloud native development, packaged in a self-service and automated platform. Instead of mandating and locking developers into one particular language or integrated development environment (IDE), they now have the choice of picking what works best for the developer’s preference or systems requirements.”

“With the new IBM Wazi for Red Hat CodeReady Workspaces offering, developers can quickly obtain a set of tooling and an ecosystem of code that’s managed through a completely new experience.”

Improving the Development Process With Sandbox and Open-Source Tools

The IBM Wazi for Red Hat CodeReady Workspaces release centers around two core components: Code and Sandbox. Developers can use the development tools provided by Code to develop their applications using a choice of IDEs and deploy to their own personal IBM z/OS sandbox environment. Code and Sandbox enable development and testing on z/OS in a modern, containerized environment. This allows developers to run a containerized z/OS instance in a Red Hat OpenShift® environment.

“Developers can also access the most popular open-source tools, such as Git and Jenkins, and they can code in COBOL, PL/1 or Assembler by using a VS code editor,” says Rosalind Radcliffe, Distinguished Engineer, IBM. “IBM worked with the open-source community to ensure that all of the open-source tools that developers use work in the IBM z/OS environment.”

“IBM is leveraging its acquisition of Red Hat to really strengthen the cloud capabilities of Linux® and IBM Z,” says Rohit Badlaney, executive director, IBM Z Cloud Offerings. “With the new IBM Wazi for Red Hat CodeReady Workspaces offering, developers can quickly obtain a set of tooling and an ecosystem of code that’s managed through a completely new experience. Developers can easily use these tools to fully use the benefits of the IBM Z platform, such as resilience, performance and scale.”

Improving Developer Productivity and Innovation With Self Service and Automation

While creating this latest offering, IBM built the platform with four personas in mind: developers, administrators setting up environments for developers, middleware systems managers and IBM z/OS systems programmers. According to Fulton, Wazi for Red Hat CodeReady Workspaces can enable administrators to develop and automate the core infrastructure with security and scalability at the forefront. Developers can also provision their own environments through OpenShift by answering a few simple questions, which helps improve time to market.

Wazi for Red Hat CodeReady Workspaces also provides administrators with the tools they need to do their jobs in the most effective way, which Fulton says will make it easier for various roles to work together. By collaborating with different teams and developers, organizations are more likely to find innovative solutions and applications than they would with a single perspective.

Additionally, with Red Hat Ansible® Certified Content for IBM Z, developers can now more easily access IBM Z Open Automation Utilities and Ansible modules through a Python interface. Fulton explains that administrators can automate the stack in a manner consistent with Linux with the help of middleware systems managers and IBM z/OS systems programmers, who know and understand native z/OS.

Radcliffe says that IBM Wazi for Red Hat CodeReady Workspaces can also help improve developer productivity and speed up time to market by providing choice. “Developers have the full modern developer experience in their choice of development environment. They can choose an Eclipse environment, the VS code environment or Che browser-based environment. By doing this, they have the experience they want with a modern editor, debugger and code review tooling, which allows them to both develop and get feedback faster,” she notes.

Businesses increasingly feel the pressure to create innovative products and features to compete in today’s market. To achieve this goal, their developers often want both the freedom and technical capability to experiment with code. Radcliffe explains that with z/OS running in a container on OpenShift, developers have the full DevTest experience for native z/OS COBOL and PL/1 applications similar to their experience with non-z/OS applications on other platforms.

“With this release, I have my own personal z/OS sandbox environment where I can do the experimenting. Developers have their own sandbox to develop without the traditional problems of a shared environment: another developer messing up their environment or data,” says Radcliffe. “Because this gives developers the freedom to create much more quickly, businesses can move at a much faster pace, which is a requirement for digital transformation.”

“By bringing everything together, development is simpler and easier because it's consistent no matter the language or target platform.”

Fulton explains that traditionally, developers working in different application components (e.g., one in a Linux application server and another COBOL developer deep in IBM z/OS) haven’t been able to communicate with each other because there was no commonality in their development practices. While developers typically pick up new languages easily, moving to new environments meant very different processes, tools and applications, which limited the ability to communicate and collaborate.

However, moving to open source means that developers now share a common development paradigm, which can improve the end product through use of collaboration and communication. Additionally, the move to open source has shifted developers from focusing on programming languages to focusing on customer needs. With the introduction of a common sandbox and tooling, IBM Wazi for Red Hat CodeReady Workspaces continues this progression toward greater collaboration.

“Instead of a programmer saying, ‘I’m a developer on CICS® and I work with a team of 10 people,’ they say, ‘I’m developing mortgage applications for banks, and I work on the full stack, everything from the UI on the phone to the COBOL CICS code.’ Developers now get to think about how all of the pieces fit together, which is a major advancement and something that developers never were involved in, making a much better product for customers,” says Fulton.

The creation of the role of full stack developer also illustrates the shift to a more open-source model across the industry. While the role didn’t exist a decade ago, Fulton says that full stack developers who manage both front- and back-end development now have very important roles. These developers “speak” the languages of the full application, which means more productivity and collaboration. We’re creating these jobs as we can help knock down the walls of proprietary ways of doing things and starting to use tools such Ansible and Kubernetes®, for the best ways to do things for different boxes, whether it’s Windows® or IBM z/OS.

“Because of the Red Hat model and open source, people see code as it’s developed, so they can comment on it, fix it and work together as a community,” says Fulton. “Open source shifted to a true community developing software with our clients and other vendors in a more collaborative way, which means more innovative products and features by involving different perspectives in the process. Wazi for Red Hat CodeReady Workspaces continues with this progress and makes it even easier for developers to communicate.”

To build on IBM Z, developers no longer need previous experience or even familiarity with the platform, or with IBM z/OS. “Wazi for Red Hat CodeReady Workspaces brings z/OS into the environment in a way that it becomes just another server in the development pipeline, but one with better qualities of service. From a developer’s perspective, it’s just another target platform.

“Regardless of the environment, I can follow the processes and use the same tools. I do my pull requests or my merge requests. I do my development the same way. I build my unit tests. I do my automated testing, all of these things in the same way,” says Radcliffe. “All of these tasks are now done in a consistent way, no matter the language or platform they will finally run on. By bringing everything together, development is simpler and easier because it’s consistent no matter the language or target platform.”

She says that with Wazi for Red Hat CodeReady Workspaces and the modern pipeline capabilities available for z/OS, the “I need a COBOL developer” demand should go away, which effectively helps eliminate the skills gap (the higher demand for certain skills than qualified developers). When organizations lessen the skills gap, they can focus their attention on using the platforms best suited for the project.

Radcliffe explains that any developer can write COBOL or PL/1 because the language isn’t the problem; it’s the experience that matters. With this new way of working, developers now can focus on improving applications using a familiar developer experience.

Badlaney agrees. He says that with Wazi, developers coming out of college have the skills to dive right into development to create a cloud native environment. “By giving developers a standard set of tools, organizations can use the enterprise capabilities of the platform to fully embrace the cloud native environment required to meet clients' ever-increasing expectations.”