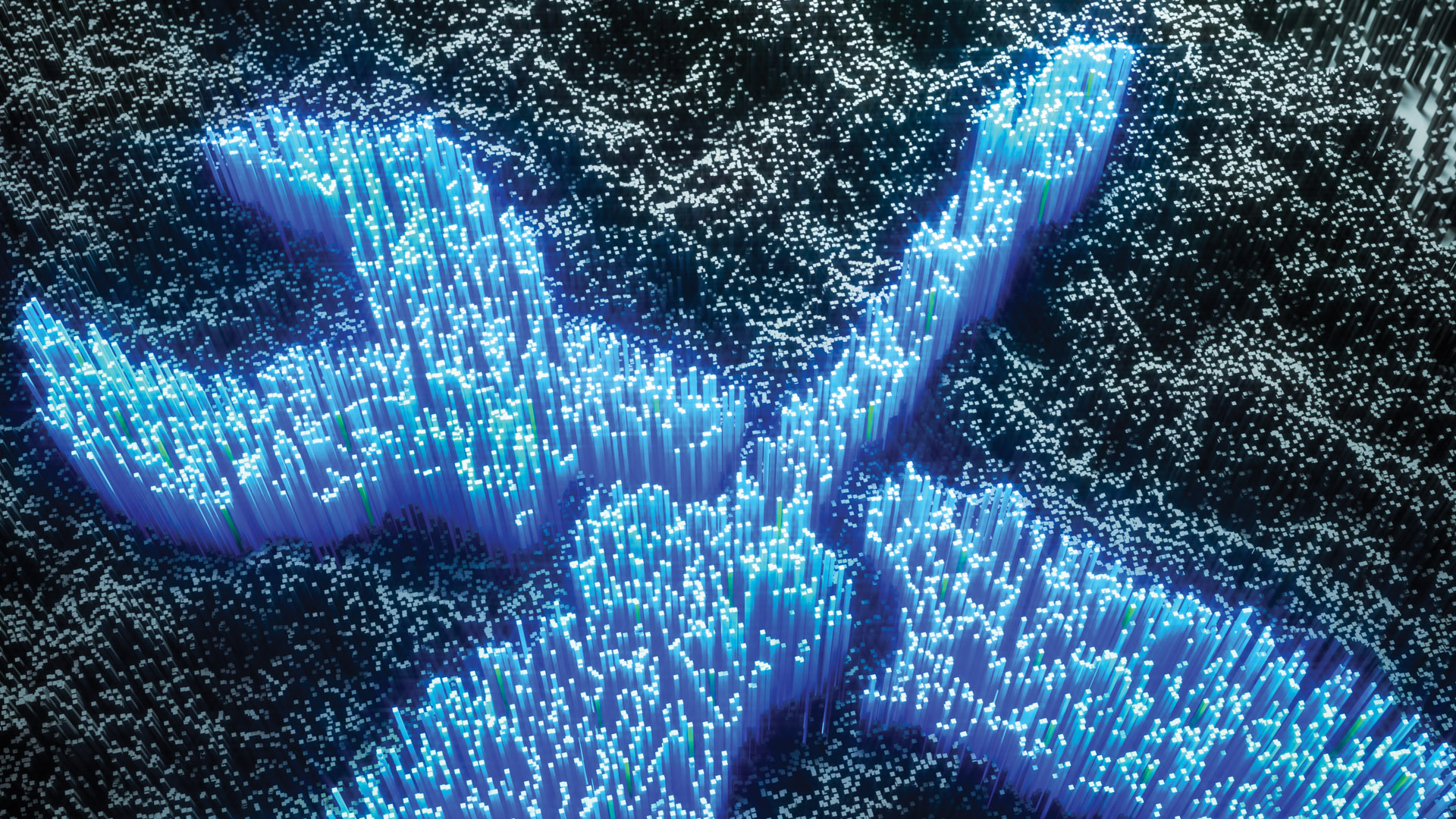 Everyone by now has likely heard about the promise of artificial intelligence (AI), with its near-clairvoyant ability to derive insight from data.

Already, some large transportation hubs such as airports are using AI to develop better security systems or observe potentially erratic behavior of people. In retail, some organizations are experimenting with checkout-free shopping, where AI can monitor customers' baskets and then link to app-based customer accounts for payment. No employee intervention is needed.

Financial services companies are using AI to predict customer behaviors so they can offer additional products and improve customer contact. They can also use AI to identify patterns that indicate suspicious sets of transactions that may result in fraud. Some industrial customers are using AI in near-real time to inspect manufacturing lines for improved quality assurance, helping them spot possible product defects before items move too far down the line.

Despite these successful AI projects, many organizations are asking legitimate questions about how to best begin building AI models. It may not be as difficult as they might expect, thanks in large part to the tools that make the process much easier than even a year or two ago. Three obvious choices include IBM PowerAI, IBM PowerAI Enterprise and IBM PowerAI Vision, all of which dovetail nicely with many of the open-source AI solutions available.

Some of these top open-source AI frameworks, such as Caffe and Torch, were originally sponsored by universities or educational consortiums. But now, IBM and others are investing in and contributing to these projects, lending their expertise and ideas to the overall effort.

“We leverage all of that open-source creativity and help bring it together in supported packages and platforms that allow you to get the latest AI-development software that’s very easy to deploy, use and update,” says Scott Soutter, portfolio offering manager for PowerAI. “The PowerAI Enterprise platform, for example, includes not only IBM-sourced AI solutions, but also those conceived by the open-source community, such as TensorFlow and Caffe.”

With that in mind, one of the goals of these IBM-branded tools is to increase the productivity of several different groups interested in developing and deploying AI solutions. One of these groups is data scientists, who can use tools such as PowerAI to identify and build AI models that frame the data for improved predictive functions. And in tandem with that, PowerAI and its related solutions help data scientists work more productively by giving them functionality like real-time feedback about how their work is progressing.

“You can look at an existing challenge and make a decision that might be 15 percent or 30 percent more likely to be correct because the system is able to identify in near-real time patterns that can be compared to previously observed patterns.”

A more guided approach to model development may be required by subject-matter experts (SMEs). They can work within the data science process by using tools such as PowerAI Vision to guide them through the model development process using images or video. SME inclusion in AI development is key because their presence within the business line allows them to determine how an AI model can be improved or whether an AI model is even valuable.

“An excellent example involves heads of security or quality who may not have skills in data science or understand the structure of the neural model. But at the same time, they’re able to identify a good outcome versus a bad outcome,” Soutter says. “By using a tool such as Power AI Vision, they can build very precise computer AI models very quickly because that complex underlying neural-model development process is invisible to them.”

The overall purpose of PowerAI Vision is to allow users to more rapidly create increasingly precise image-based models. For example, say an organization has 1 million frames of images of an object it wants to detect or classify. PowerAI Vision users can manually label 10 or 100 of these frames and generate a quick model that then automatically annotates the next 1,000 frames, which can then be audited to make sure all of the annotations are working correctly.

“That model can then be used to annotate a million other images. The goal here is reducing the manual steps data scientists and SMEs have to go through to further refine their models,” Soutter notes. “In essence, we’re using AI to create AI. We see this as a model for the type of capabilities we want to further integrate into our suite of AI products going forward.”

To jump-start AI-modeling efforts, IBM can also directly engage with clients. Its AI experts will work with SMEs and business-line representatives—and in some cases, IT—to help them draft a plan and develop a model that will act as a proof of concept and then transfer their learned skills into developing what may be a business’s first AI model. This often takes the form of a design thinking workshop between IBM and the client—facilitated by experts from IBM Systems Lab Services or by part of IBM’s global Client Centers team.

“We can help clients avoid some of the challenges they might encounter if they try to go it alone and build a project from the ground up—and then fail. And if needed, we can even define with our client a good place to start from a business objective that will have an early impact,” Soutter remarks. “You want to have a win that unlocks the creativity inside a team as they start to understand where they can use and extend AI capabilities.”

Whatever the roadmap taken to AI development, it should be thought of as a two-stage process, beginning with the construction of a model based largely on historical data. This data will eventually be used to create the machine learning function that identifies connections and patterns within the data. The true value of this comes about when new data is introduced to the model in near-real time.

“We call the results of this ‘inference,’ which is where you really start realizing dividends from the work you’ve put into developing a model. That’s when you get the better predictive or perceptive function that AI services can bring you,” Soutter notes. “So, think of inference as the pointy end of the stick, as a function that’s inserted into organizational logic where you’re making a decision or an evaluation.”

Now, organizations can address problems that simply weren’t accessible to them in the past, when they weren’t able to recognize and understand the patterns in their data. According to Soutter, this is when companies really begin to realize the return on their AI investment, as they address previously unsolvable or unknown problems that improve their operations.

As he further points out, “The use of AI agents can often result in much higher levels of accuracy by addressing and predicting an outcome based simply on well modeled historical and current data. You can look at an existing challenge and make a decision that might be 15 percent or 30 percent more likely to be correct because the system is able to identify in near-real time patterns that can be compared to previously observed patterns.”

AI is soon to become in everyday business operations, and those who don’t pilot it risk being left behind. So, although the perceived challenges involved in developing AI models may be seen as insurmountable, they don’t necessarily have to be, especially if tools such as PowerAI, PowerAI Enterprise and PowerAI Vision and IBM expertise are used during the modeling process.