IBM i Gets a Refresh, Increasing Automation and Storage Options 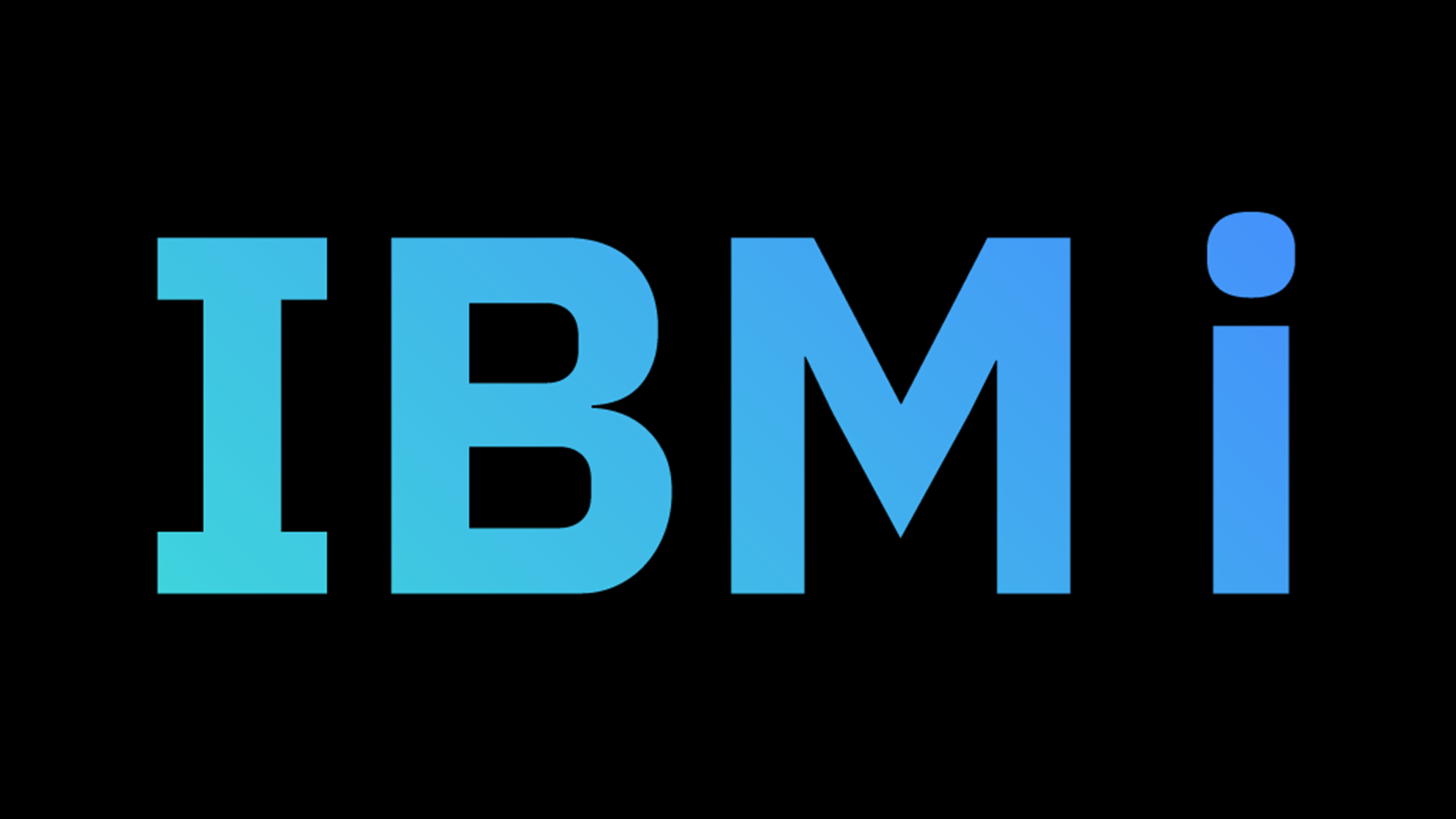 The latest round of IBM i technology refreshes (TRs) provides enhancements to offerings, services and hardware. On Tuesday, April 13, IBM announced the latest round of OS TRs—IBM i 7.4 TR4 and 7.3 TR10. These TRs demonstrate a commitment to IBM i services, showcase a continuing push toward automation and represent a heavy investment in Db2. On the hardware side, the ongoing support for previous iterations of products remains clear, and a dedication to meeting the needs of clients, regardless of size, is evident.

To learn more about the latest IBM i TRs, TechChannel interviewed several IBM experts from a software and a hardware perspective.

One of the most important parts of these TRs is the new Query Supervisor feature for Db2 for i. This feature allows clients to establish automated controls for the consumption of system resources by SQL Query Engine (SQE) activity. A user can set a maximum-use threshold for such resources at CPU consumption. When it’s reached, the Query Supervisor triggers an exit program that has been specified by the user.

In practical terms, this means the user can set automatic controls suited to their specific business needs, freeing up time for other activities.

The TRs also allow users to make queries against the information contained in the database, then view the results in a useful format. For example, it’s possible to see authorization or password failures in a table. Instead of simply viewing the returned data, clients can see that data in a way that makes it more actionable.

“The audit journal is a secure log of the enforcement of security,” says Scott Forstie, senior software engineer and Db2 for i business architect, IBM. “Within it there’s something called the entry-specific data, which is a programmer’s dream because it’s a data structure. The table functions will do the substringing and interpreting of those structures into rows and columns. So, from this point forward, no one ever has to overcome that technical barrier.”

The enhancements also make it possible for organizations that may be a bit behind the curve to modernize. Organizations already know that their data has value. Information like inventory, clients and other business-specific information is clearly valuable—but the database team at IBM also advises clients to view the structures that hold that data as a valuable asset as well. “What do you do with an asset?” asks Forstie. “You take care of it. In these TRs, we have the ability to let you generate the SQL for the existing structures you have. So, it could be that some clients don’t have a master source for their data model. They could extract a master source by calling one or more of our features to generate SQL.” This will allow clients who need to modernize to begin building a plan. “And that is a huge deal,” adds Steve Will, chief architect for IBM i, IBM.

The TRs include hardware enhancements as well. “Every time we do a TR, there are things up and down the line that get addressed. With this one there are new storage options,” says Will. Along with storage and expanding connectivity, the TRs continue to provide support for clients with older infrastructure.

NVMe is a new class of storage, and IBM already offers three sizes for IBM i customers. A new 800 GB NVMe device was announced. “We want people to be aware because we now have the ability to make new offerings for our one-core and four-core customers. We are expanding our capabilities to our smaller customers who can take advantage with a smaller form factor and a smaller cost,” says Gibbs.

NVMe can deliver cost savings compared to Serial Attached SCSI (SAS) but still provides the same amount of storage space, and may even outperform SAS solutions. “Customers are very happy, and some have been pleasantly surprised with load times,” says Gibbs. “Some customers have told me that with no other changes to their platform, simply replacing SAS storage with NVMe storage has allowed them to take on new workloads, just because they’ve freed up new resources.”

One issue some clients have had with NVMe storage is that it causes fans to run at full speed, all the time, on the 9009-41G platform. “That’s going to be loud, and we’ve had some feedback about it,” says Gibbs. “The new firmware is adjusting the fans to be more user-friendly, so the sound will be coming down.” This is yet another demonstration of IBM’s commitment to valuing and addressing client feedback.

Along with storage options, these TRs include an announcement regarding HMC 7063-CR2, the second generation of the Power-based hardware management console. “There are some key enhancements to the previous generation,” says Grace Liu, principal offering manager, Linux on Power Infrastructure, IBM. “We are supporting more memory on HMC CR2. For this one, we can support up to 128 gigabytes.” Another change is that clients will have the option to choose rack shipping. “Because of that,” says Liu, “We actually have two rail kits that we will be supporting with the CR2.”

The initial launch for GA will be May 21, and it will support POWER7, POWER8, and POWER9 servers.

IBM i and Db2: Integration Is Key

The integration between the OS and the database offers unique advantages. “One of the things that gives us a big advantage is that IBM i is an OS, and it’s also the same IBM that builds the database which means we have the ability to create synergy between the two products,” says Alison Butterill, program director, IBM i. There is nothing comparable in the industry. “The robustness that we get is because the same team is building both. It’s unique in the market,” she adds.

The fact that the two products, IBM i and Db2, are so intertwined is important in how services are developed and can be deployed to suit clients’ needs. Even from a hardware perspective, the integration of the products provides surprising flexibility. Gibbs says that the databases are so integrated into the platform solution that it has “a strong understanding of its hardware. Customers can actually run an SQL query about the hardware.” he says. “Other databases don’t touch that level of integration.”

The synergy resulting from this close integration also delivers important business benefits. For example, being able to run queries against the database frees up time for database engineers, who can then address the applications backlog, or the backlog of requests. Similarly, from a systems administrator point of view, having the ability to monitor the progress of a switchover or the new flash copy that’s available. “It makes the role of systems administrator more efficient,” says Butterill. “It reduces the backup window. It removes human error by automation.”

When a client submits an RFE, it goes through an advisory council, which prioritizes them so that enhancements are made in a way that makes sense for the broader business. “IBM entertains a huge number of RFEs,” says Butterill. “Some of them find their way into the TRs. Some of them find their way into the next releases that we’re developing. Some of them are even available but the person submitting them just doesn’t know or isn’t aware that it’s already there, or it isn’t implemented quite the way they expected.”

Matching what the development team plans to what clients are asking for is part of the value that the platform delivers. “The TRs usually are an excellent conduit for some of these ideas that are maybe a smaller investment but the business value is very large,” adds Forstie.

In addition to all of the software, hardware, and service enhancements included in the TRs, IBM also revealed an update to the logos associated with IBM i. “It was nice to have IBM overhaul its whole set of images, and we’re excited to be part of the big family,” says Butterill. Take a look at the new logo, below: 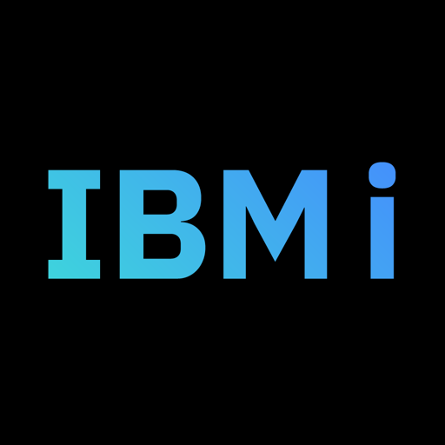