4 Customer Journeys From Tape to Cloud 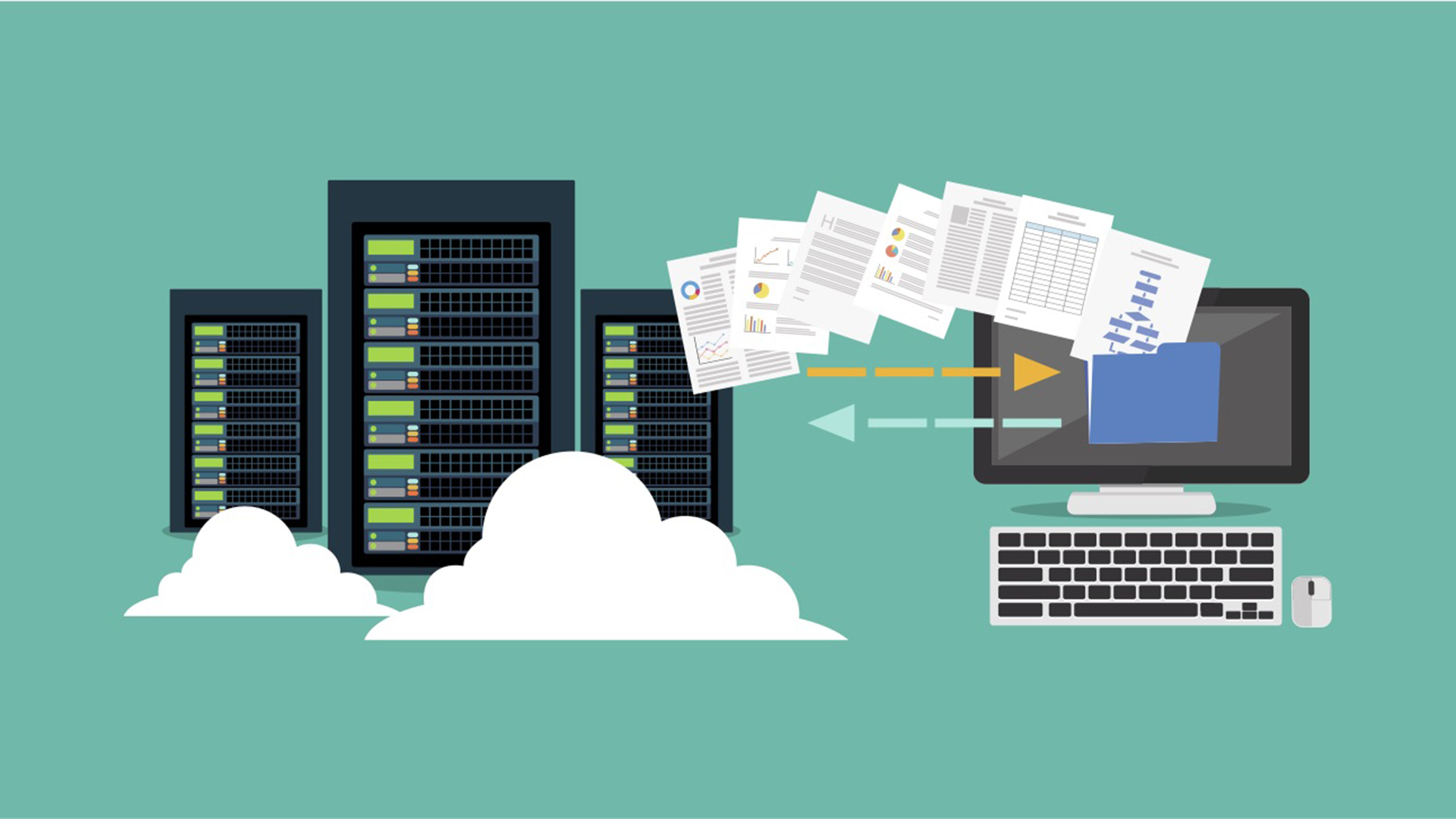 Necessity, it’s been said, is the mother of invention.

Such was the case when information technology outsourcing (ITO) company Blue Hill Data Services faced a number of obstacles as it prepared for the data migration of four mainframe-based customers (including a state pension fund, a large state government, a state government department of labor and a large university) to its own systems.

This data migration was of critical concern because the virtual tape libraries (VTLs) at the customers’ sites were diverse, coming from four different vendors and handling data in a variety of ways. When COVID-19 hit, Blue Hill didn’t have the luxury of closing contracts in person, sending techs and managing the complete migration from the customer sites.

It needed a more expedient solution to address these issues, especially given the deadlines the customers had established. But rather than shaking their heads and shrugging their shoulders, the folks at Blue Hill instead turned to new virtual tape development from SecureAgent Software, with which it collaborated, to create a new solution to simplify tape migrations.

The SecureAgent Tape Migration Engine allows users to move data-migration activities off host systems to a purpose-dedicated appliance that doesn’t consume any mainframe cycles or require constant monitoring. It also introduces a high level of data security by encrypting data in transit and at rest, saves storage space by way of data compression and negates the need to migrate from one particular VTL to another similarly configured VTL. In fact, it can host data from nearly any tape library, in a platform-agnostic manner.

As Tom Laudati, Blue Hill executive director, service delivery and CTO, explains, “It’s a virtual tape subsystem that’s been expanded to incorporate other functionality beyond what it was initially designed for, which was replacing physical tapes. Sure, you can still use it for that purpose, but now it’s also a very powerful data migration tool that dramatically simplifies the migration process.”

Risk considerations drive many organizations to maintain their computing resources internally. They may be concerned about data security, around-the-clock availability or the state of their legacy software.

This does indeed make sense in some instances, but it can also be costly, whether that involves system purchases, network management, day-to-day maintenance or troubleshooting software. The cost of these activities can quickly add up and sometimes result in missed opportunities, as organizations focus on IT instead of innovation.

Hence the move to cloud-based ITO environments such as offered by Blue Hill. It has myriad customers around the world, including those running on IBM Z, IBM Power Systems and general open-system environments.

“For the most part, we manage systems that are on site at our facility,” Rosary De Filippis, executive director of business development and CMO with Blue Hill, says. “There are a few clients we remotely manage and provide technical support for, but most of them are being supported out of our data center facilities. And they all, of course, expect perfect services because their mission-critical applications have to be operational at all times.”
As part of this 24-7 philosophy, Blue Hill has redundancies aplenty, including mirrored offsite systems and storage. One of the differentiators in the SecureAgent VTL Solution Blue Hill appreciates is the solution’s redundancy. Every tape that gets written also gets stored on mirrored disk so there are two copies that are completely independent of one another. If one copy were to fail, the host system could retrieve the image from the other operational resource.

One piece of this solution comes from SecureAgent in the form of its Virtual Tape System. Blue Hill has been using this technology to support its ITO hosting environment for nearly 10 years, shortly after it was initially designed. The product has, of course, evolved since then, and now supports a variety of mainframe operating environments, including z/OS, z/TPF, z/VSE and z/VM, as well as IBM i, Linux, UNIX, Windows, and other open-system platforms.

“Another thing it does, which is becoming increasingly important, is allow people to see mainframe data with open-system applications and vice versa, so any data that's on that system can be shared amongst the other systems if such a requirement arises,” Laudati says. “This is a great way for organizations to provide mainframe data to open systems when they want to, for example, perform data analytics on mainframe data.”

When Blue Hill and SecureAgent determined the solution could also be used for data migration, it only furthered that evolution. Traditionally, a data-migration effort would have been done with backup tapes, but this antiquated process has largely been supplanted by other methods. Unfortunately, these methods also introduced complexities to the migration process and lengthened the migration timeline, due to the additional planning required for implementation and data validation.

Blue Hill demonstrated the need for a simpler and less-costly data-migration system when it began working with those four mainframe-based customers, each of which (just to complicate matters) was using a different virtual tape system, including STK/Oracle ATL Library, an IBM 7740/20 Virtual Tape Subsystem, a FLEX-ES FakeTape system and an EMC DLM system.

An additional issue arose with the onset of COVID-19 in March 2020. By necessity, it curtailed face-to-face interactions, including for key technical personnel, which delayed the customers’ transitions to Blue Hill’s mainframe as a service (MFaaS) infrastructure.

“COVID squeezed us because it took a while to work through the administrative and legal processes, as people were then forced to work from their homes,” De Filippis recalls. “So, the actual signing of the contracts was held up by a few months, which just put more pressure on our delivery services team to be able to do more with less time.”

That’s why and when Blue Hill decided to use the SecureAgent Tape Migration Engine to handle the data migration from the customer sites to its cloud facilities, without the need of transporting tapes or using expensive copy software tools. To that end, it sent the Tape Migration Engine to each customer site and remotely walked them through device configuration and system integration. Following this, everything was remotely managed by SecureAgent and Blue Hill staff.

“It was just a matter of saying to the clients at their data centers, ‘Hey, plug this cable into this and plug that cable into that,’ and then they were done. The rest was handled at a distance by us. If not for COVID, we would have been there to do everything, including the cable plugging,” Laudati remarks.

After the customers’ tapes had been copied to their onsite Tape Migration Engines, the data was then transmitted to another tape migration device located at Blue Hill’s primary datacenter. As soon as it was received, the data was ready to go, with that one box taking the place of the four different tape systems the customers previously had. The units at their individual sites were then de-installed and sent back to Blue Hill for other upcoming data migrations.

To secure the data as it moved from the onsite Tape Migration Engines to the unit located at Blue Hill, every packet was automatically encrypted as it came across the FICON or fibre channels to the SecureAgent solution.
“You can buy a tape library from any of the major vendors that will provide encryption for stored data, but when the data is transmitted, it comes off the disk. It's unencrypted and transferred in an unencrypted state until it gets to the other library where it’s re-encrypted. This of course creates huge security vulnerabilities,” remarks John Sawyer, VP of sales, SecureAgent. “So, the entire lifecycle of the data is encrypted, which is a distinction that sets the Tape Migration Engine apart from other vendor solutions.”


In the case of its four customer data migrations, Blue Hill further enhanced that security by creating a VPN tunnel between the customers’ sites and its data center. This is because the alternative would have been circuit installs, which would have been dependent upon on carrier schedules and may have pushed the migrations beyond their deadlines.

Another time saver involved offloading the copying process from the host system and moving it to the Tape Migration Engine. If copying software had been used in the case of the Blue Hill customers, it would have consumed valuable operations-related CPU cycles, which may have necessitated moving the copying process to weekends only, further delaying the process. Or the customers would have had to purchase additional mainframe capacity so the copying process could continue throughout the week. Neither situation is of course ideal.

“One of the customers had over 70,000 volumes of tape, so trying to do a more traditional copy process and making sure that things were in sync would probably take months and months. We were already behind due to COVID, so that simply wouldn’t have been acceptable,” Laudati points out. “But by using the Tape Migration Engine, the customers benefitted by migrating sooner and saving money in the process. From our perspective, it meant receiving revenue much sooner than if we had gone down the weekend copying route.”

In most cases, necessity does indeed drive innovation. After all, what’s the point of developing a solution if nobody needs it? In the case of Blue Hill, there was indeed a need, which is what prompted Blue Hill and SecureAgent to to create a new one.

Without this collaborative effort, the Blue Hill migrations would have taken longer and cost more. So, it was part creativity and serendipity that allowed everything to work out as well as it did, given the complicating factors Blue Hill and its customers were facing.

“I wish I could sit here and tell you we were geniuses,” says SecureAgent’s Sawyer. “But sometimes we don't know all of the benefits that are out there. We provide a product and then a company like Blue Hill actually makes it something more than we had originally imagined when we sat down and developed it. It’s pretty amazing, actually, and it gives us the opportunity to continue trying new things and coming up with better ideas.”