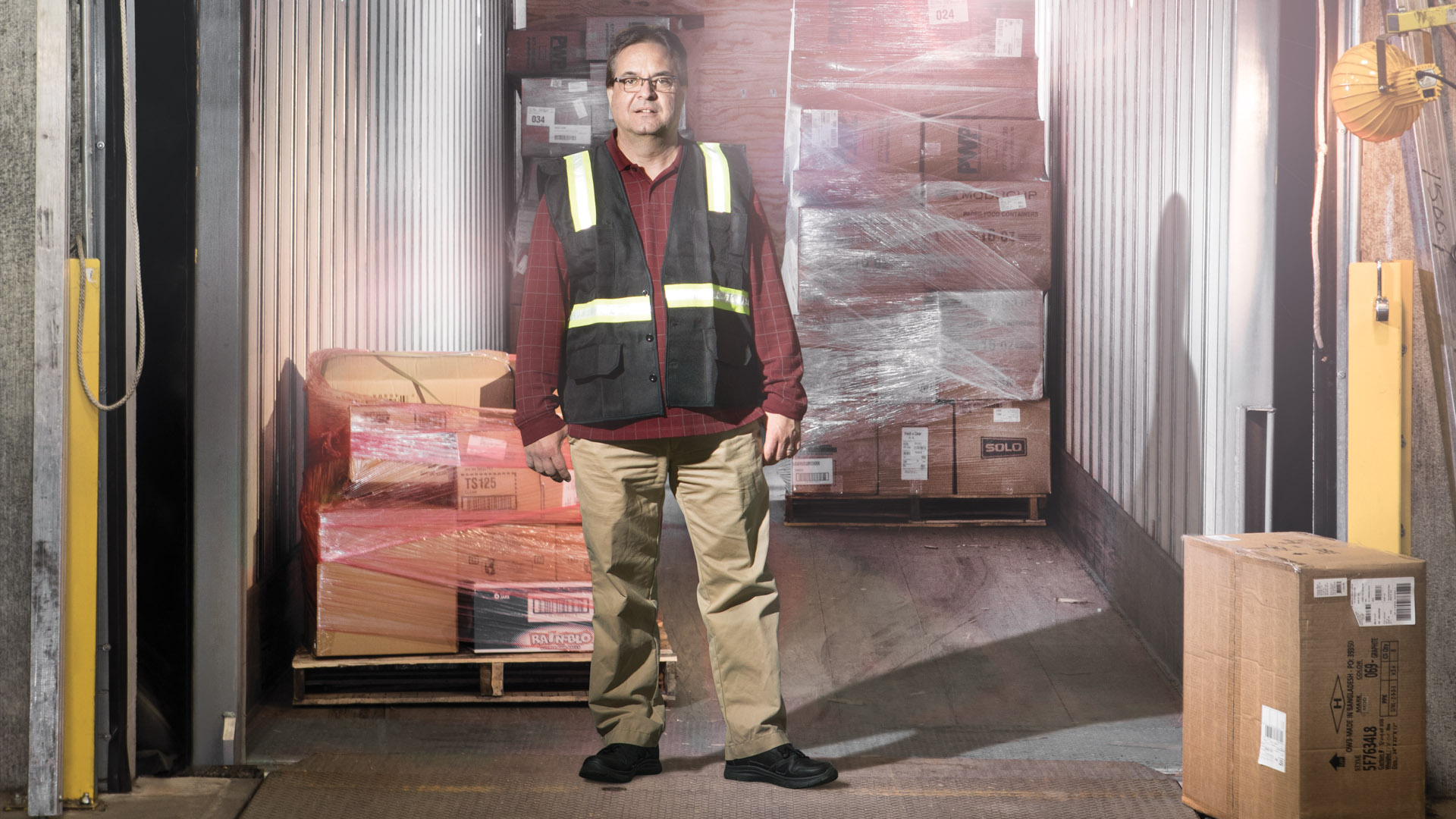 In today’s competitive business world, one of the best ways to increase market share is through acquisitions. Few companies are more aware of this than Imperial Bag & Paper Co. Since 2009, it has brought 13 other businesses into the fold, making it one of the largest independent entities in its market. And according to Imperial, it has grown from a company worth $120 million just a handful of years ago to one that’s now worth around $1.3 billion.

That type of expansion, however, doesn’t come without intrinsic issues, such as different processes supported by different applications running on different computing platforms. That’s a lot of discrepancies to account for, including the amount of IT overhead involved.

“When you’re on different ERP systems, you have multiple points of failure. If one fails, can the other company still operate? Likely, but you’re reporting sales as if you’re running as two different companies. So, if we let each company we acquire stand alone, think about the cost of ERP and personnel. It just makes sense that when you acquire a company, you should bring them into your existing infrastructure, into your existing ERP. If you do, everyone wins,” says Harry Westfall, IT director, Imperial Bag & Paper Co.

With that truth in mind, Imperial decided that a one-ERP-solution/one-hardware-platform approach to acquisitions was the way to go. There was a burning question, however: Which ERP solution and which hardware platform should the company go with? After reviewing its options, it decided to go with VAI’s S2K Enterprise Software running on an IBM Power Systems* server.

“It just made sense,” Westfall adds, noting that he was somewhat biased toward the Power Systems platform anyways, already having a solid RPG background. “And after we spoke with VAI, it made even more sense. I mean, why not combine these best-of-breed solutions? In our case, it’s worked out wonderfully.”

Making Sense of It

“Generally, we’re talking paper, plastic goods, foam trays, janitorial, chemicals—bleach is one of our biggest sellers. We sell pretty much to anyone and everyone, like the bagel shop across the street from us, if they need containers to put their sandwiches or napkins in,” Westfall notes.

Imperial is more than a product distributor, though. Its other strengths involve value-added services, such as online ordering, customer inventory management, training programs, equipment and machine repair, dispenser installation programs, sustainability efforts and a private-label brand.

Of course, offering some of these add-on services often requires a consolidated software and hardware platform. Without it, tools such as comprehensive web-based ordering systems, online access to complete account information, such as current and past invoices and past order information, and Imperial-guided inventory management wouldn’t be possible.

For example, when in 2011 Imperial acquired Burke Supply, which was serving many of the same customers in New York from different warehouses on separate trucks, the wasteful overlaps in services became immediately identifiable. Despite this recognition, the companies briefly continued to run different applications from different vendors, resulting in duplicate ordering, accounting, inventory management, warehousing and distribution functions, not to mention IT administration. (This was also the case for two previous acquisitions Imperial had made.)

As Westfall explains, “Burke had a lot of the same customers we did, and their janitorial supplies were going to the same locations as our toilet paper. We would put our products on our truck, they would put theirs on their truck and then we’d show up at the same customer location at the same time. With, for example, fuel costs, that just didn’t make much sense,” Westfall recalls.

To remedy the situation, Imperial adopted and integrated onto the same ERP system. By doing so, Imperial experienced increased synergy by having one driver and one truck carrying both janitorial supplies and toilet paper to the same location, for example. As a result, the company saved money and labor while improving ordering and delivery efficiencies for not only itself, but also, and perhaps more importantly, for its customers.

With the addition of Burke, Imperial decided to focus its efforts on consolidating all current and future acquisitions to a single ERP/hardware platform. Even before Westfall was brought on as IT manager, Imperial had already been considering VAI running IBM i 7.1 on a Power Systems server. But his experience with both VAI and RPG sealed the deal as of May 2012.

Working with both VAI and business partner ABC Services, Imperial began sizing a Power Systems server that would both fit current and future ERP needs. This would allow it to scale into the future as it continued to grow with subsequent acquisitions.

“We’re using a module from VAI called suggested purchasing that pretty much tells buyers what to purchase. This means we don’t have to spend a lot of time analyzing the data because the system is doing it for us.”

Once all of that had been worked out, ABC, a VAI business partner, worked to procure the hardware: a Power Systems 720 with 128 GB of memory, 6.5 TB of storage and two active cores. Additional cores can be activated if needed, although Westfall doesn’t see that happening. In fact, he’s just biding his time until he can upgrade to POWER9*.

“We’ve only lit up the first two cores and we haven’t touched the other four. We’ve increased the cache memory one time, and of course, we’ve added storage capacity because you know how much people love to save data. Other than that, the machine is pretty much original,” Westfall says. “That said, we recently acquired a company, Dade Paper, that will eventually more than double our number of transactions. But I’m going to be patient and wait for the POWER9 to arrive.”

With the 720 in place, Imperial worked with VAI to install, customize and deploy the S2K ERP solution. The business partner also provided trainers to help Imperial teach employees how to use the new software, with the average user requiring only eight hours of total training before becoming proficient.

In May 2013, the company went live with the solution, bringing all of its acquisitions as of that date onto the consolidated platform. As of this writing, all subsequent acquisitions (aside from Dade Paper, which was acquired by Imperial in June 2017) have transitioned to the system.

As expected, the benefits to this consolidated environment have been significant. For example, Imperial now has fully automated and streamlined sales, warehousing, distribution and financial operations. Additionally, it now has critical insight into customer data to better anticipate their future needs, offer faster delivery processes with improved picking and order fulfillment, interface to its logistics software to more efficiently manage truck deliveries and truck loading processes, and help customers purchase products directly over the web. Imperial has also eliminated many duplicate services and increased employee productivity.

“We’re using a module from VAI called suggested purchasing that pretty much tells buyers what to purchase. This means we don’t have to spend a lot of time analyzing the data because the system is doing it for us,” Westfall says. “Suggested purchasing will also put truckloads together for us. If a load falls a little bit short, you can increase items by a percentage to get a full truck in a sensible way. The system knows how big the truck is and how much space the product occupies. It knows vendor minimums and maximums, all the nuances of ordering. So why not let the system do it for us?”

The system also gives customers real-time visibility of inventory and pricing online. This represents a big change from the past, when customers would typically call salespeople to place orders.

Additionally, customers can now go to a web portal to request invoices and proof of delivery forms without having to go through customer service. If they choose to call customer service, however, representatives have greater transparency into all transactions, and can quickly look up all the details of customers and orders from a single, web-based source.

“We also email invoices along with proofs of delivery every morning to all invoiced customers, so they can see everything that happened the day before. This is critical, because we attempt to have a one-day turnaround on most products. So, if customers get an automated email with invoicing and delivery information, they know everything’s on track,” Westfall says.

Acquisitions can represent an opportunity to increase market share and grow a company, but they can also cause process, policy and IT challenges, especially if the systems supporting the business aren’t harmonious. Such was the case with Imperial—until it decided that the best way to approach its rapid growth was by consolidating all its resources onto a single software/hardware stack.

This has allowed it to better serve its customers and improve overall satisfaction by creating a much more transparent operating environment, from ordering to shipping to billing. What could have been a hybrid monster is now anything but, thanks to the foresight that led Imperial to combine VAI’s enterprise software with a Power Systems server.

Westfall also notes that because of VAI’s unlimited licensing, Imperial can continue its acquisition-fueled growth without incurring any additional software fees. “This isn’t a trivial issue,” he says, adding “I don’t want to take the credit for all of this because I have a team of crackerjack RPG programmers sitting next door to me. And between them, ABC and VAI, I’ve got a great crew here to help me with pretty much anything.”