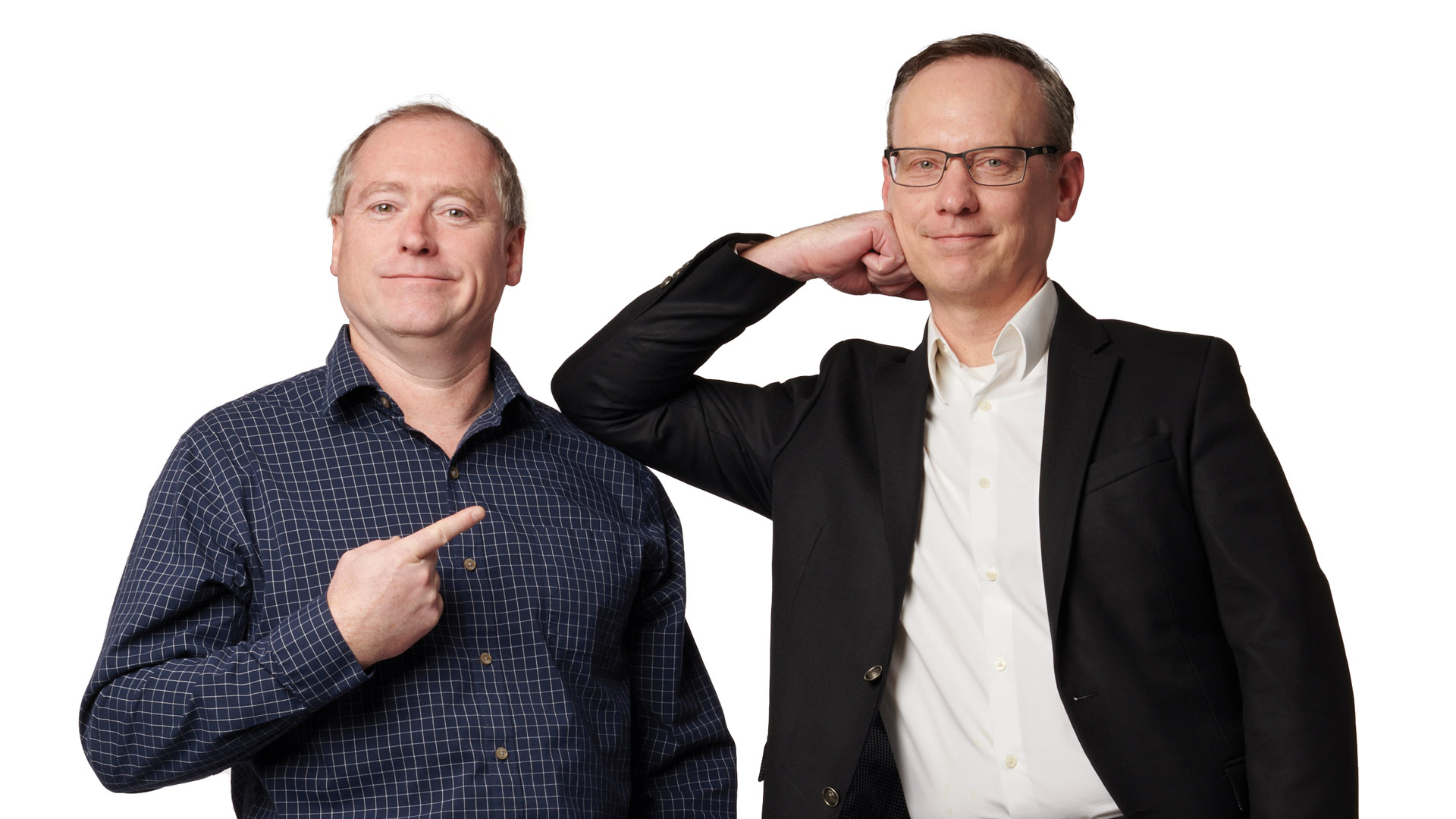 As IBM i celebrates its 30th anniversary this month, the platform isn’t looking back. IBM i still has its sights set firmly on the future.

It’s this approach—with product innovation at the forefront—that has helped make the platform a vital business partner for its clients over the last three decades.

IBM Systems Magazine (ISM): As IBM i reaches 30 years, how are development efforts keeping the IBM i platform modern and vital to businesses around the globe?
Tim Rowe (TR): There are many aspects to that. Web and mobile, in particular, happen to be two of the things that often come to the forefront. With IBM i, we continue to make certain that we can run the latest web technologies—make certain that we have the infrastructure required on the platform—so that we’re just as relevant in this web/mobile world as any other platform that’s available.

That’s why we have such an important focus on modernization, as a general term, and why specifically a lot of our open-source initiatives have really been geared toward continuing to help us stay very relevant, both with the technology, as well as ensuring that we have today’s talent that can jump in and start to make a difference in people’s businesses on IBM i.

ISM: What are some of the top modernization requests that clients make and how does IBM incorporate that feedback?
Scott Forstie (SF): The first and foremost is SQL language capability. People understand the productivity and efficiency you gain by using a language of the database that’s built upon many standards. They see great value in moving their infrastructure operations ahead using SQL. It may be tackling a difficult task now has become simple, or it could be on the other end of the business, being able to onboard a new team member and have them be a productive contributor much faster than with prior techniques.

Another one would be this area of IBM i services, which seems to have become pretty popular using, again, SQL as a way to manage IBM i.
TR: From a general perspective, we have a couple of different ways that we get client requirements. Our Request For Enhancements (RFEs) process is one of our large ones these days. It’s an area that specifically has been very familiar for many years because some of the areas that I help take care of have been using RFEs for quite some time. Now the entire platform is using these. So that’s one of our huge areas where we continue to get update requests and those requests come from all areas of the OS—database, systems management, security, new enhancements to the RPG compilers, enhancements to the tooling.

We also have a number of strategic client groups that we meet with on a regular cadence: our IBM i Large User Group (LUG), our COMMON Americas Advisory Council (CAAC), our COMMON Europe Advisory Council CEAC), as well as our ISV folks. They continue to represent specific segments of our business and markets to help ensure that we don’t lose visibility to the needs of that specific sector.

ISM: Another source for product feedback is developerWorks. What role does the developerWorks community play in the features IBM adds into products?
TR: One of the really important things that I personally love about developerWorks is the first word of that title. It’s an opportunity for our developers to have an easy conduit for communicating with our clients. We have easy access to put information as well as for IBM i developers to ask us questions, and we are able to be much more responsive than we’ve ever been able to be in the past.
SF: The IBM i technology updates Wiki has a fact page for every enhancement to IBM i since 2010. So it has definitely become a very important resource for people who apply technology on IBM i, or people who manage those who apply technology on IBM i or even the decision makers concerned about what a data center looks like. We’re writing to the technical audience in a way that approaches the topic differently from our books in Knowledge Center. You still need books. You still need reference manuals. But that Wiki is describing business value.

What we’ve found is if we lead with technology first, we’re missing a very important element—an element that explains “Why do I care?” So we utilize Wiki and developerWorks articles (and sometimes other venues) to describe the business value of what we’re adding to the platform first and then follow that with now that you understand something exists, what are the next steps? Where do I find the deep details?

ISM: And how has Db2* for i evolved to keep up with the changing needs of businesses?
SF: You know, it’s a very interesting question you ask because some of the things that we have to focus on you might think we’ve had in place for a long time. Take security for example. IBM i security has always been leading in the IT industry and we have built in protections in the OS. Is that good enough in today’s computing environment? The answer is no. There’s always more that you can do to either establish granular security or help users and auditors govern security through improved auditing practices and insight into deployment of security.

If you look at IBM i 7.3, we’ve added in something called authority collection, which is a unique technology. It doesn’t exist elsewhere in the industry. Authority collection gives the auditor or the security officer insight into what questions IBM i security was asked and how it answered them. Let’s say, you know you want to access an object. What detailed required authority do you have versus what you need? We’ve shown how this can be utilized to reduce excess authority without breaking operations, which is a combination that has high value to clients who want to become more secure without breaking production environments.
TR: A lot of it’s really about moving from what we’ve always been in the past, which is an object-oriented security model, to a data-centric security model. That’s one of the key things when we talk about modernization. It’s really about being data centric in so many ways, both from a security perspective, as well as from even a relational database perspective, right down to whether you’re being data centric within your application.

ISM: Where do you see security concerns headed next? What are clients focusing on?
SF: Here’s one trend that I’m seeing: If you look at the data that’s within Db2 for i files and you think about maybe five to 10 years ago, which columns in those database files would you have considered to contain sensitive data? You may have come up with social security number or credit card number. If you ask that question today, the answer is you’d find additional columns that you consider sensitive, so the trend in the industry is that more and more—or even all data—would be considered sensitive.
TR: And the best part is some of the stuff that we’ve been adding supports the flexibility of adding that sensitivity and protection around the data in a much simpler manner.
SF: So that’s one thing. Also important is governance (i.e., being able to effectively audit activity that’s ongoing, whether it’s from the super users or the ordinary users). That’s something that all clients are being tapped to do a better job with because legislation or industry-specific requirements are becoming more stringent, or clients are just doing due diligence in being able to protect their corporate assets and data is one of their most valuable assets.

ISM: Looking ahead to the future of the platform, how is IBM i’s ability to be able to communicate with IBM Watson* changing expectations of the platform and its capabilities?
SF: In some cases, people are just shocked, to put it bluntly. You show them first-hand how you can use these Watson services directly or how you can extend your data into all of Watson through something called data connect and then have Watson analytics analyze your data and tell you insights that you didn’t have before. They’re just shocked that it’s possible. They didn’t know that when IBM is talking about Watson and the era of cognitive computing, it directly applies to them as IBM i clients.

TR: It was actually rather interesting. When Watson started to gather some steam about a year ago, there was of course this big rush from IBM to say, “Well, how can IBM i play in this?” So we got in a room and went, “Oh, well actually, we’ve had the infrastructure in place for this, in some cases, for years. We don’t have to do a whole lot of new.” It was a really fun story to be able to show that we have that integration built in. It’s really just a matter of understanding what you have and taking advantage of it.
SF: I like to think of this as an era of creativity that has come for IBM i users. They can very easily move beyond traditional data processing that was done on IBM i for so many years. They can add in elements; they can transform. The cost and the wherewithal to do it is well within reach.