A Focus on Science 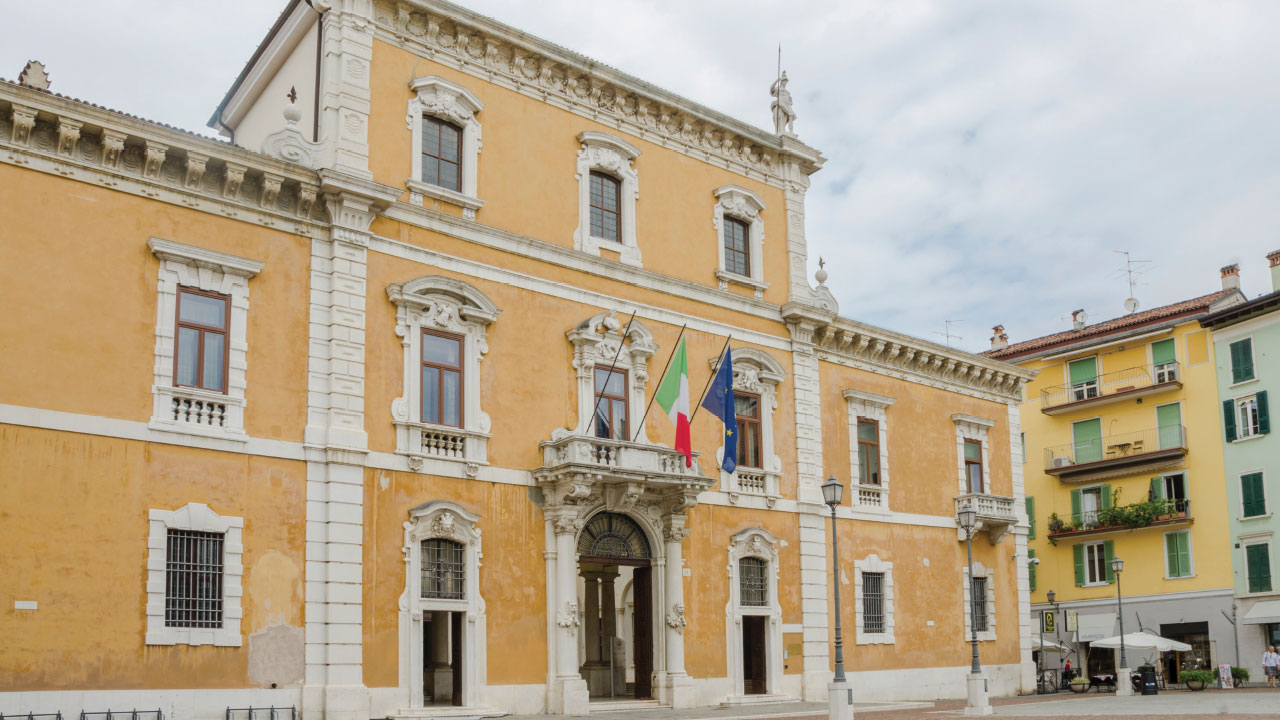 An increasing number of scientists and researchers worldwide are using the IBM Power Systems™ platform to help them conduct their research, whether using supercomputers such as IBM’s Summit and Sierra (the top two entries on the TOP500 supercomputer list) local clusters or cloud-based computing resources.

One such example is Università degli Studi di Brescia in Italy, which has partnered with the IBM Power Systems Academic Initiative (PSAI) to remotely access Power Systems resources, helping its academic professionals find answers to some of today’s most intriguing scientific questions.

Users don’t have to be technical experts to take advantage of the systems they access, although they can learn some of those skills if they choose. As Rinaldo Colombo, professor of mathematical analysis in the university’s Department of Information Engineering, puts it, “My focus isn’t on being a computer specialist. It’s on the science.” The Power Systems platform makes innovation possible. 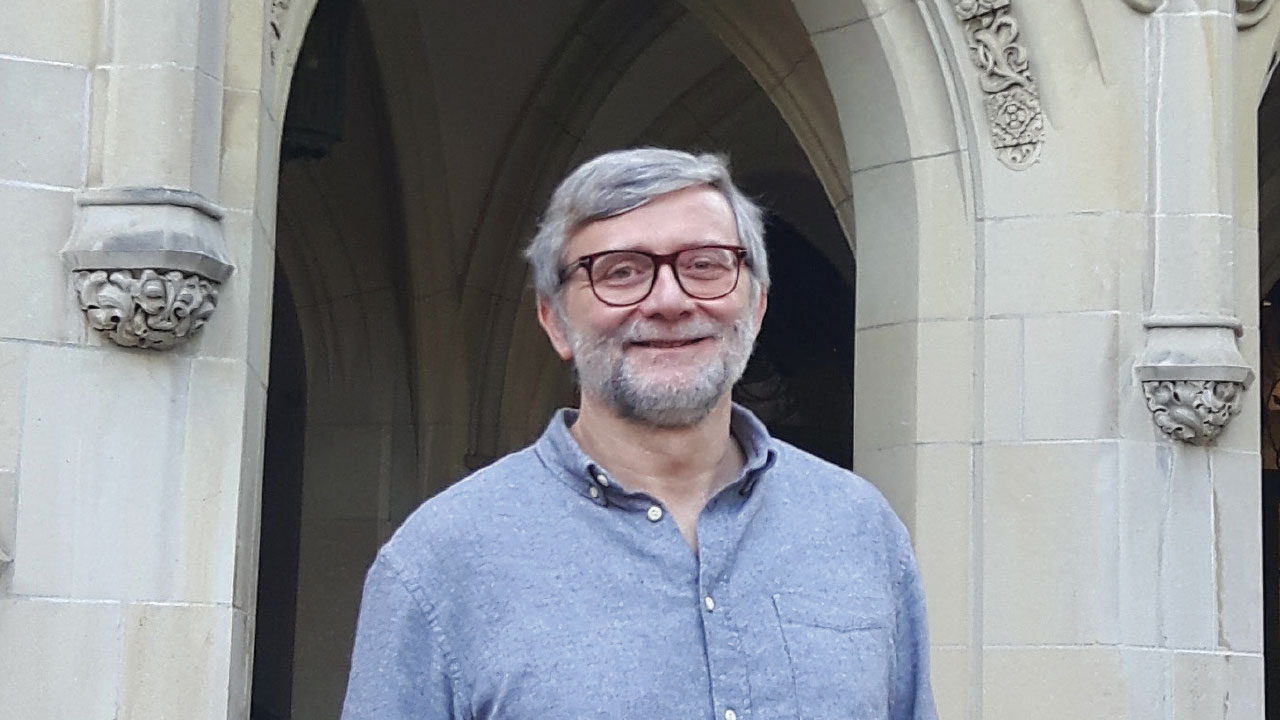 “My focus isn’t on the computer. My focus is on devising a model, writing the theorem, checking the numerical algorithms, checking for the solution. All I needed was a system that would help me do all of that, which it did.”

Established in 1982, Università degli Studi di Brescia offers degrees in four primary disciplines: business and economics, law, medicine and surgery, and engineering and technology. Its professors and students study various topics within those disciplines, often collaborating with Brescia area employers in fields such as metalworking and mechanical engineering. Notably, Colombo is involved with many of these projects. In particular, he and his collaborators are formulating and studying models concerning crowd dynamics, traffic flow, individual-population interactions, supply chains, blood flow and gas dynamics, among others.

A key part of their research involves developing and studying new mathematical models. After a theoretical/analytic study has been completed, the quality of the model’s outcome has to be tested using Python-generated code they developed, which runs within an Ubuntu Linux® environment.

“Our models concern, first, vehicular traffic and, second, crowd events,” Colombo says. “By this, I mean the movement of a group of people in a given environment. More recently, some collaborators and I are starting models inspired by biology. For instance, what we’re running now is integration for a model whose aim is to optimize the biologic fight against parasites. We imagine we have an area where there is a bad parasite and we want to fight it using good parasitoids that naturally feed on the parasite, so we model what the outcomes might be.”

Once results are obtained from research, Colombo and his collaborators write articles describing their results and submit the articles for peer-reviewed publication. It can take a year or more for the papers to progress from submission to publication. In the meantime, the research never abates. Given the length of time it takes to produce the volume of peer-approved articles Colombo and his collaborators create, model testing should continue without halt.

Ideally, this would be done with concurrently running jobs, which Colombo’s x86 system doesn’t allow for. Additionally, because that system is local, it’s also dependent on the local infrastructure, such as internet connectivity and power. In fact, late last year, the university experienced electrical outages that casued his system to sometimes crash. If Colombo was an hour into a computation, he would often have to redo everything from scratch, which set his research back. Remote collaboration had also become an issue several years ago when internet connectivity wasn’t as robust as it should have been.

Because of these issues, Colombo began looking into cloud computing, which would give him the opportunity to run jobs concurrently without risk of his desktop system unexpectedly shutting down, thereby improving time to research results and eventual paper publication.

Initially, Colombo and his university colleagues looked at cloud services offered by IBM competitors and reached out to them for details. When one colleague mentioned PSAI and the remote Power Systems computing services it offers to academic institutions, the researchers decided to put their focus there.

“Clearly, there were conditions that had to be met. One, that we could specify which OS and coding language we could use, which were Ubuntu Linux and Python. It turned out that this wouldn’t be a problem at all and both would be immediately supported,” Colombo recalls. “Another point, which is extremely important for me, has to do with collaboration. I’m working from a university in Brescia and have some collaborators in Milano, in France and in Germany, so it was essential that we could collaborate as if we were in the same room. That wasn’t a problem either.”

With those issues addressed, Colombo began working with Kevin Langston, principal enterprise systems architect, IBM PSAI, to configure the PSAI systems to meet the university’s requirements. Colombo simply told Langston he was using Python and which version of Ubuntu Linux he was running. A few days later, the system was available. With no specific training, Colombo logged in and transferred his code, which ran just as it had on his local desktop server.

This was crucial because, as Colombo notes, “My focus isn’t on the computer. My focus is on devising a model, writing the theorem, checking the numerical algorithms, checking for the solution. All I needed was a system that would help me do all of that, which it did.”

Colombo says the ability to run several instances of the same program at the same time was a key goal when it came to switching to the cloud-based PSAI Power Systems platform, which he can now do without bogging down or halting other computing tasks. This allows him to more quickly get results across the research projects he and his collaborators are working on.

And because the system is hosted by PSAI, he no longer has to be worried about the local infrastructure. If the power were to go out at the university, his jobs would keep running without interruption on the PSAI platform, creating a steady stream of model testing. As a bonus, the university is also now using IBM Watson® Machine Learning Accelerator within this environment.

Power Systems servers have become multipurpose tools, whether supporting business applications, deep learning or—as in the case of Colombo, his collaborators and some of his university colleagues—scientific research. Thankfully, PSAI is available to help other like-minded academic institutions in their quest for answers to big questions.

For his part, Colombo is grateful for his access to the PSAI systems that he acknowledges the initiative in every peer-reviewed and published paper he’s been involved with since he began using the service in 2017. “I think it’s the correct thing to do, and I will keep doing it because the PSAI has been so instrumental to our work. They deserve the recognition,” he remarks.

Community What Keeps IT Leaders Up at Night? →
Executive perspective Investing in the Power Community →
Systems management Selected AIX Versions Can Soon Be Licensed Monthly →