Read four client examples on the advantages of SAP HANA on Power Systems. 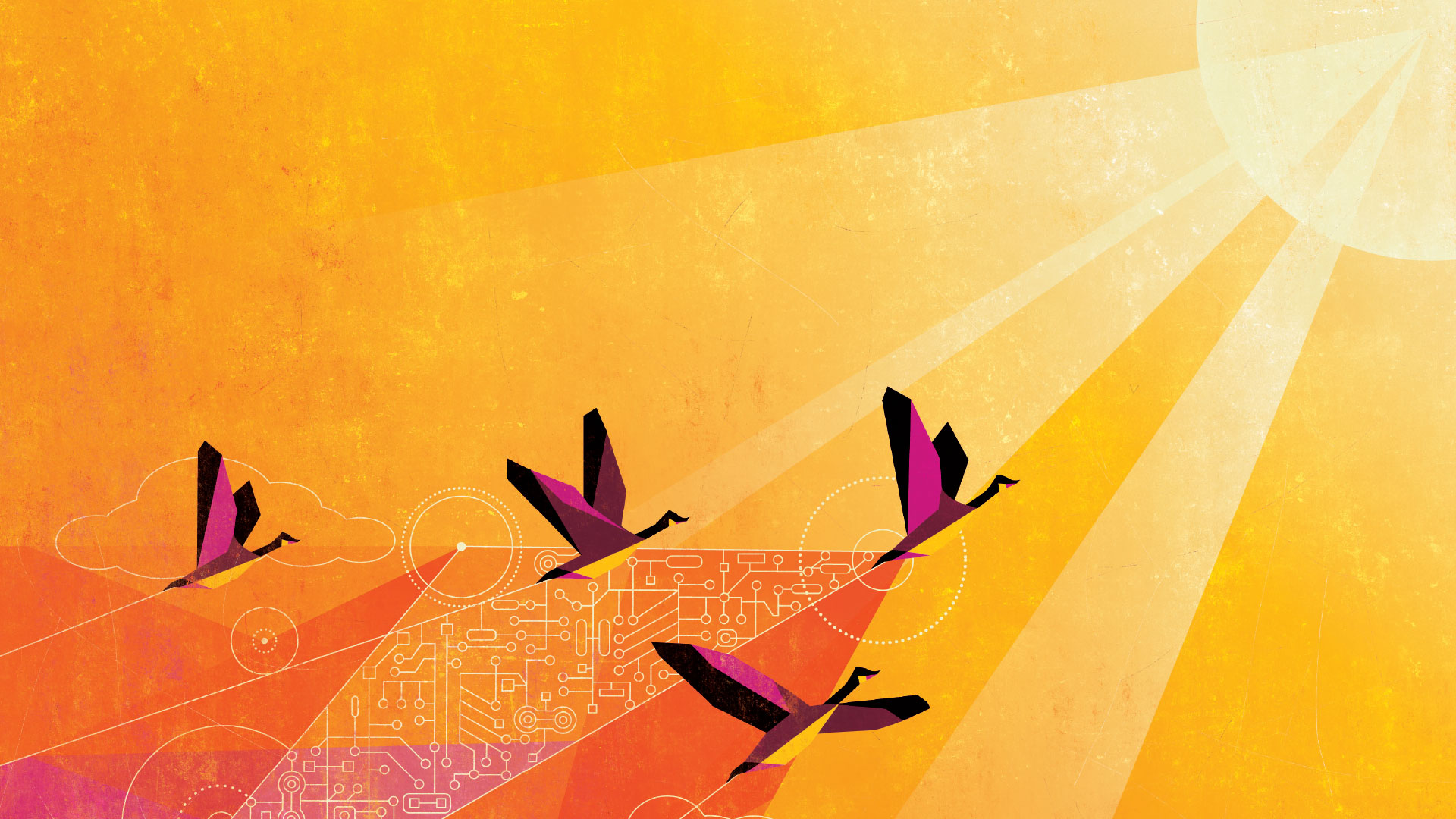 To get faster insights, take advantage of platform innovations and enable a smooth transition, many businesses are currently migrating their SAP applications to SAP HANA, an in-memory database. SAP HANA enables quicker transactional and analytical data processing by storing data in the system memory instead of external storage. SAP applications on third-party databases now only receive patches and updates instead of new features.

Integrated transaction and analytics processing in system memory create high demand on the underlying server infrastructure. This means choosing the right infrastructure is critical for the success of SAP HANA deployments. “Businesses expect to see significant performance boosts in data processing with SAP HANA,” says Asim Khan, senior product offering manager for SAP HANA on IBM Systems. “While a large boost comes from using the in-memory database, the results vary significantly based on the infrastructure. Clients with limited flexibility and scalability of their infrastructure often see significant challenges with their SAP HANA deployments.”

By using the PowerVM* firmware-based hypervisor in POWER* processor-based servers, businesses can provision SAP HANA instances faster, scale large virtualized SAP HANA environments and maximize uptime of SAP applications. For its innovative product, SAP awarded IBM Power Systems the Pinnacle Award for Global Infrastructure Partner in 2018. While helping thousands of clients in a range of industries around the world, the IBM team gained insight into best practices and challenges when the clients migrated their SAP HANA environment to IBM Power Systems. Here are five of them:

One of IBM clients' key requirements is making the deployment of SAP HANA environment simpler and faster. Using PowerVM virtualization, businesses can more quickly deploy their SAP HANA environment, which means they can more quickly go to market. Coop Group, one of the largest Swiss supermarket chains, moved from x86 to POWER and can provision SAP HANA instances 20x faster. Coop, along with Technical University of Munich and Indus Motor Company, won SAP innovation awards in 2019 for digital transformation using SAP HANA on Power Systems.

With ever-changing business needs, clients also want the ability to smoothly and efficiently adapt and make changes to the environment. IBM recently worked with a client that deployed two separate HANA modules with an initial requirement of 2 TB and projected to grow to 4 TB in three years. However, within a year, the size of one module went up to 6 TB and the other remained at 2 TB. If the client used SAP HANA appliance infrastructure, they would have been forced to purchase a new 6 TB HANA appliance. Because the company was using virtualization on Power Systems, the capacity was easily changed to meet the new requirements. The client also used Capacity on Demand when additional memory was needed instead of spending a large amount of money to replace the recently purchased hardware and infrastructure.

These changes in requirements would have caused delays and additional cost to SAP HANA deployments if the infrastructure didn’t have the flexibility to accommodate changes. However, the virtualized infrastructure of Power Systems better protects the investment by enabling businesses to add or remove capacity as needed without purchasing new infrastructure.

Power Systems servers are built with enterprise-level resiliency features that maximize uptime for the businesses.

2. Consider resiliency attributes that maximize the availability of SAP environments.

SAP HANA-based applications are often central to business operations and must be available 24-7. However, when using an in-memory database, such as SAP HANA, companies now have memory DIMMs as the single point of failure. By running SAP HANA on POWER, businesses see a significant decrease in downtime due to the increased resiliency provided by the platform. IBM Power Systems has been ranked the most reliable server by ITIC’s server reliability survey for 10 straight years (ibm.co/2LDbzyh).

“Power Systems servers are built with enterprise-level resiliency features that maximize uptime for the businesses,” says Khan. “The resiliency and flexibility provided by IBM Power Systems have resulted in many MSPs and cloud service providers hosting SAP HANA infrastructure as a service on POWER, as it helps them provide better service-level agreements to their clients.”

By consolidating the number of servers, businesses create an agile infrastructure that is simpler to manage. “Consolidation using virtualization is an industry norm, and IBM Power Systems was the first server infrastructure to get SAP certification for virtualization of HANA workloads. We have continued to innovate and now support 16 HANA production instances on a single Power Systems server. The VM size can be changed with granular capacity allocations to support specific client needs, and in addition the same server, can be used to run different SAP applications and non-SAP environments,” says Khan.

With fewer systems to administer and a smaller data center footprint, businesses can provision HANA instances faster. One IBM Power Systems client reduced the number of servers 30x by moving its SAP HANA environment from x86 to IBM Power Systems. In addition to decreasing management overhead, the client reduced its footprint, lowered power costs and decreased the need for cooling. Using the Power Systems platform also reduced the network requirements significantly because of fewer IO connections and network ports, thus helping improve total cost of ownership (TCO) of the environment.

The IBM Power Systems platform also has an open software ecosystem that allows IT admins to easily integrate and manage their SAP HANA infrastructure with the rest of their IT. It uses OpenStack and seamlessly integrates with tools like SAP Landscape Manager and VMware vRealize that enable single-pane-of-glass IT orchestration and management.

4. Evaluate options that can control TCO.

Many clients are price-conscious when the topic of moving to SAP HANA comes up, says Khan. However, clients that run SAP HANA on IBM Power Systems find an improved TCO for SAP HANA over purchasing other on-premises infrastructure. Because of the capability to consolidate many HANA instances in fewer servers and the flexibility it offers in allocating capacity, clients can easily accommodate changes in their existing infrastructure without purchasing new servers.

“Many clients who have adopted IBM Power Systems for their SAP HANA workload have witnessed a significant improvement in their TCO,” says Khan. The IBM Power Systems platform also optimizes the processor utilization of SAP HANA servers using the Shared Processor Pool feature by automating the sharing of CPU cycles across SAP HANA instances in a server. With optimized utilization, businesses can potentially reduce the number of total cores needed in a server, which can reduce TCO.

To maximize performance and throughput, SAP recommends scaling up as much as possible by increasing the amount of memory available for processing in a single server before scaling out to manage even more data by combining multiple independent servers into one system. Many businesses have difficulty managing the environment when scaling out. With Power Systems, businesses can run virtualized instances as large as 24 TB for S/4 HANA in scale-up before choosing to deploy it in a scale-out approach. The Power Systems platform also has the best two-tier SAP SD standard application benchmark result with 16 sockets (as of May 2019; see SAP Note 2188482 at bit.ly/39W5XpU for more information).

After working with thousands of clients, the IBM teams saw that most businesses experience a dramatic growth in data as more applications move to SAP HANA.

Working Together for Our Clients

Because the IBM Power Systems platform must seamlessly integrate with both SAP HANA and Linux, IBM works closely with SAP, SUSE and Red Hat. Clients often request a proof of concept environment and IBM works with the other companies to test and solve any issues.

“We work closely with our partners at SAP, Red Hat and SUSE to create an entire ecosystem for our clients. Teams from all three companies work together to make sure all client challenges are addressed,” says Asim Khan senior product offering manager for SAP HANA on IBM Systems.

Find out how POWER can help your business simplify and accelerate SAP HANA deployments: