Upgrade to IBM i 7.4 for Simplified Security and Streamlined Development 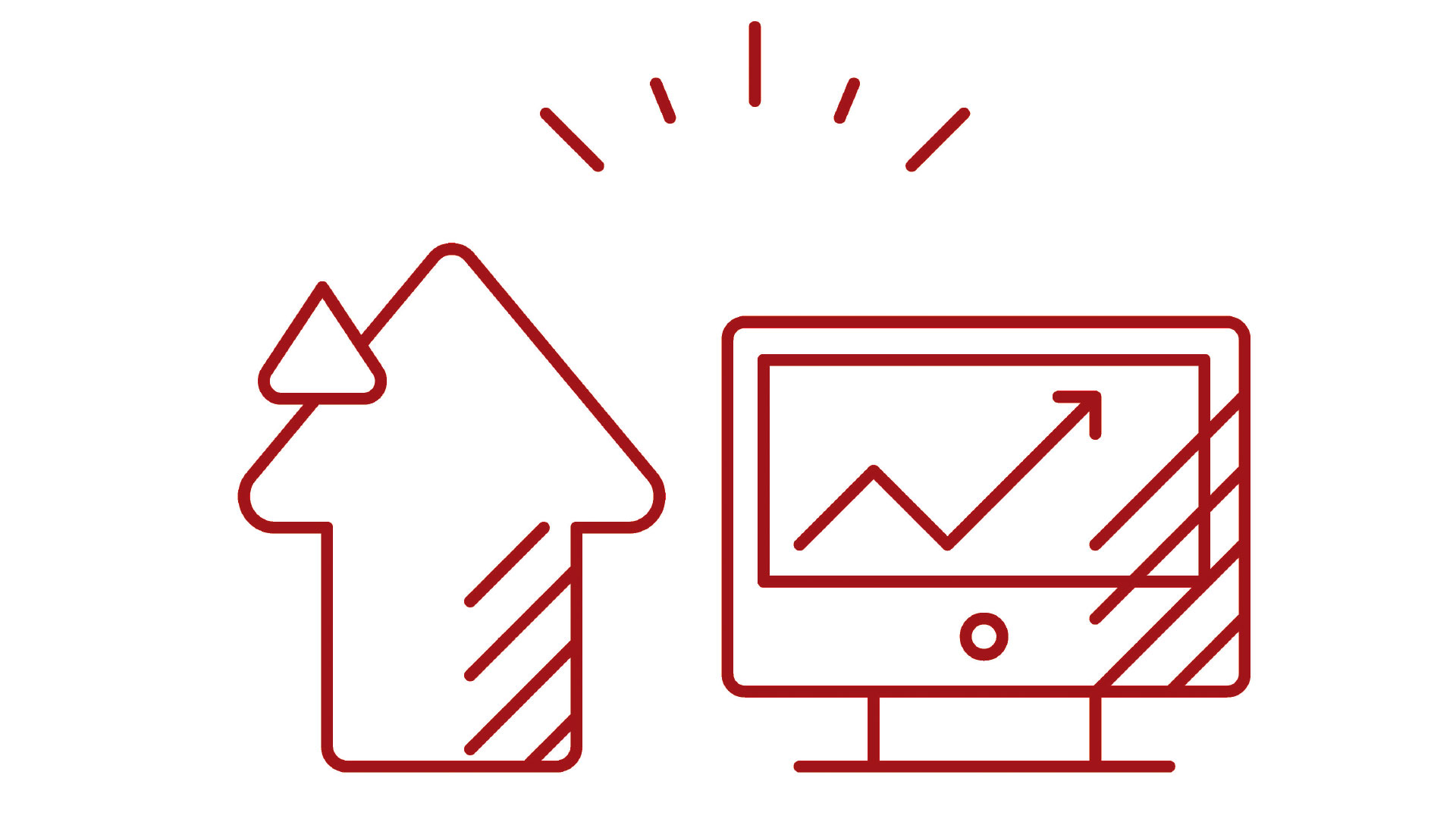 Each new release of IBM i brings a host of new features. IBM announced the release of  IBM i 7.4 in April and made the new version of the OS generally available in June. I hope those of you using it have explored some of the new features, but if you haven’t installed 7.4 yet, I have some treats that might make you want to move to this new release.

There are many highlights for the newest version of i, but the biggest enhancement for the 7.4 release is Db2* Mirror for i, which provides continuous availability. While this is an exciting enhancement, 7.4 has more new features.

IBM also announced IBM i 7.3 TR6 at the same time as 7.4. While there are interesting details to be found within the TR6 release that are also in 7.4, this article will review new features that are only available with 7.4.

Security is an essential—and sometimes legally mandated—focus area in today’s computing environment. You must ensure that your security implementation is solid and harden your system from outside threats. IBM i 7.4 has several enhancements that make
it easier to do both.

It’s very common for users to have too much authority; after all, it’s easy to simply grant a user you trust excess authority instead of analyzing and implementing a more secure solution. To help understand exactly what authorization is required, IBM has provided a feature called authority collection.

Authority collection is the ability to collect detailed information about the authority checking done by the system when running an application. Using this detailed information, you can determine the minimum authority required to allow the application to run successfully, and then implement security changes to only grant the authorization that is required to run that program.

Digital Transformation and Innovating with an Eye on the Future

Business change is inevitable. In today’s market, organizations are disrupting entire industries by using technology to enhance the customer experience.

IBM i clients have historically used UI modernization as a quick way to unlock value from their green screens. There’s no doubt that you can achieve tangible business benefits from these projects. But are you also anticipating your organization’s future needs?

An increasing number of organizations are using UI modernization as part of a holistic digital transformation strategy that also enhances their core business processes. Digital transformation isn’t one-size-fits-all, and it’s important to determine the right balance of value to investment. For example, you might want to determine which applications should be refaced to meet an immediate need, what should be rewritten or re-architected, and how new applications can play a strategic role.

Look for a vendor who has experience in helping clients with the overall IBM i modernization picture. They will help you build an IT strategy that takes your current business needs into account while providing a roadmap that helps you innovate for the future.

As an IBM i modernization specialist, Greg Patterson helps organizations innovate and transform their IBM i applications.

Service tools user IDs are required to access System Service Tools (SST), Dedicated Service Tools (DST) and the disk management tasks within Navigator for i. These interfaces allow you to perform functions that can have a major impact on your system, such as managing disk units, managing system security and access to tools such as Display/Alter/Dump. It’s critical to carefully control access to these service tools. Prior to 7.4, service tools user ID password composition rules were very basic; there was a minimum length requirement and expiration interval.

With 7.4, you can now implement password composition rules consistent to those of IBM i user profiles. The password rules available are the same as the ones you can specify with the QPWDRULES system value. You can change the password rules within SST or DST using service tools security options.

IBM also provided command interfaces to set (CHGSSTSECA) or display (DSPSSTSECA) service tools security attributes, which includes the SST password rules. This alleviates the need to use the SST or DST menu-driven interfaces to review the settings or make changes. When using the CHGSSTSECA command, you must specify your service tools user ID and password and have the service tools “Service Tools Security” functional privilege. DSPSSTSECA has outfile support, so you also have a programmatic interface to these settings.

Network security is also extremely important, and IBM has been implementing industry standards for secure communications. As the standards evolve, so does the support available within the OS. Each generation of network security standards increase security, so it is critical to keep current on these standards.

With IBM i 7.4, support has been added Transport Layer Security (TLS) version 1.3 and this level is now the default. IBM also added a new API to retrieve TLS attributes, so you now have a programmatic interface to access the system-wide TLS properties.

The memo to users also documents important changes for SSL and TLS. In particular, the default cipher specification lists have changed. You’ll no longer find SSLv2, and TLS1.1 and 1.0 are disabled by default. The System TLS Enhancements section in the Knowledge Center has complete details on the changes in 7.4.

While the security enhancements were a key part of the 7.4 release, there were other small enhancements. Too numerous to cover them all in this article, below are some of my favorites.

Due to the increasing use of open source on IBM i, more applications run in PASE. Most open-source packages are AIX* binaries ported to PASE. The good news for these applications is that in 7.4, PASE for i is derived from AIX 7.2, Technology Level 2. As of August 2019, AIX 7.2 TL2 is the second-most current version of AIX.

The Maximum Temporary Storage (MAXTMPSTG) and Maximum CPU Time (MAXCPU) parameters in the class object are used to limit the temporary storage and CPU time used by a job. It’s a good practice to put limits in place as it protects your system from potentially bad things happening. In particular, a limit of the maximum temporary storage could protect your system from a crash if you were to get into an unexpected situation where some misbehaving job started to use a lot of temporary storage.

In 7.4, you can now limit the temporary storage and CPU time used when running queries. This support was initially made available in 7.2 and 7.3 with PTFs, but that initial support had controls on it that have now been removed with 7.4.

Prior to 7.4, this accounting did not occur unless the amount of free space in *SYSBAS was below the value set in the QSTGLOWLMT system value. In 7.4, this restriction is gone and the maximum temporary storage accounting for queries is always done.

• Changes to Varying-Dimension Arrays for RPG

Workload groups were added to the 7.1 release but are still relatively unknown . Using workload groups, you can restrict the number of processors that a workload can use.

In 7.3, the Create and Change Subsystem Descriptions commands (CRTSBSD and CHGSBSD) were enhanced to eliminate the need for the data area to specify the workload group to be used by a subsystem.

It’s important to appropriately tune your prestart jobs. The DSPACTPJ command provides useful information to aid in setting the best values for the initial number of jobs, threshold, and additional number of jobs. In 7.4, there’s an API, Retrieve Active Prestart Job Status, to retrieve this information.

IBM i has supported Simultaneous Multithreading (SMT) for many years. The system default, controlled by the QPRCMLTTSK system value, is to use the maximum supported by the combination of release and hardware.

In 7.4, the Retrieve Processor Multitasking Information API is able to also return the current and maximum number of secondary hardware threads per processor. This additional information allows you to review the actual value used by the system or the maximum value supported by the hardware. These new fields are collected by Collection Services in the QAPMCONF file .

Memo To Users­—Removal of SNA Adapters and Old Protocols

Everyone should know to read the Memo to Users (MTU) prior to upgrading to the new release. Hidden away in the MTU is information about removal of support for SNA adapters and related protocols that you can no longer use.

Essentially, IBM did some housecleaning and removed commands and parameters for SNA communications support that lacked support for some time. You can still use software solutions such as Enterprise Extender. IBM has already updated the 7.4 MTU twice since the announcement in April, so be sure to review the latest version.

Upgrade and Reap the Benefits

Numerous resources exist to help you upgrade to IBM i 7.4. You’ll find a few of them outlined in “More IBM i 7.4 Resources,” below.

IBM delivered significant function in the 7.4 release. Db2 Mirror will undoubtably be important for a select set of IBM i shops, but the enhancements reviewed in this article should be a compelling enough reason to put a plan in place to upgrade to 7.4.