Harry Williams on Building the Next Generation of Mainframers

Reg Harbeck talks with Harry Williams about his involvement with SHARE and bringing new people to the platform. 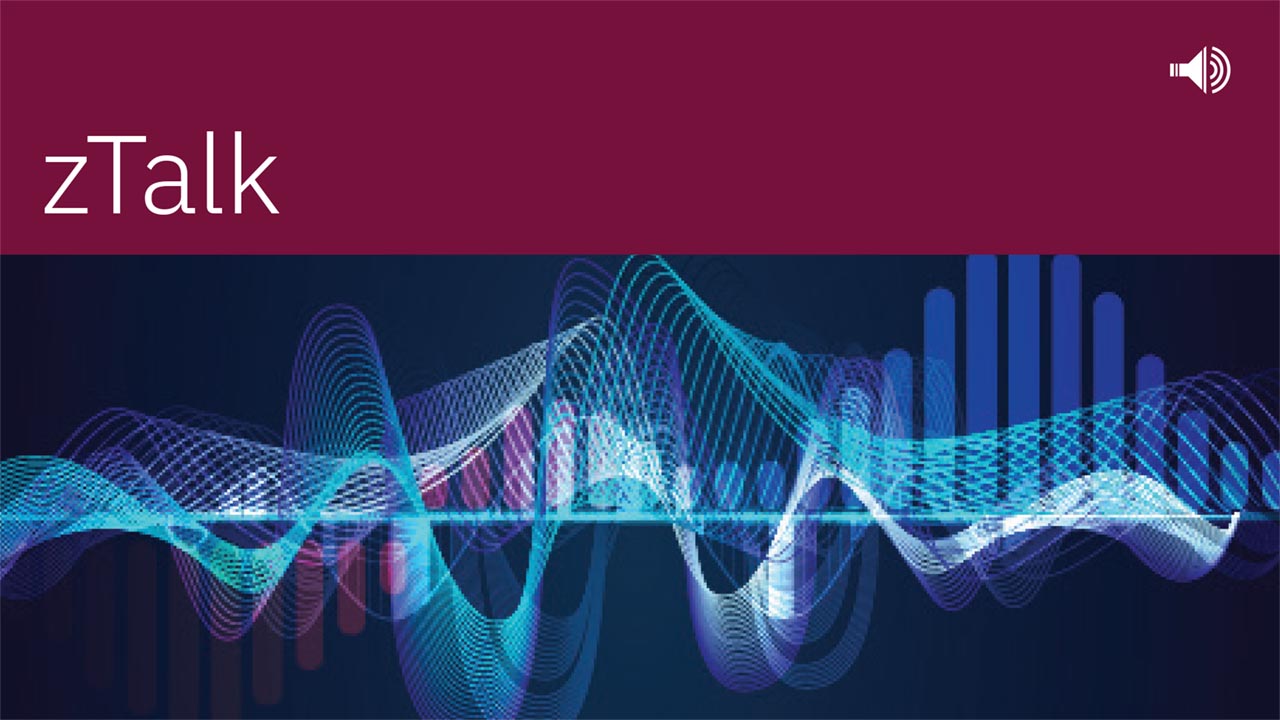 Reg Harbeck talks with Harry Williams about his involvement with SHARE and bringing new people to the platform. Listen to the interview via the orange play button or read the transcript below.

Reg Harbeck: Hi. I'm Reg Harbeck and I'm here with Harry Williams, who is the president of SHARE. Harry has been really involved with the mainframe and SHARE; in fact he is sort of right in the very middle of everything mainframe in the world. He's in charge of a lot of what's happening in mainframe IT at Poughkeepsie, at the Marist University, as well as being the president of SHARE, and has just got this really fascinating journey. So we're here to talk to him and find out about. So Harry, maybe if I can get you to just introduce yourself and tell us how did you end where you are at Marist, at SHARE and everything else? Just give us some sense of your journey.

Harry Williams: Well like you said, my name is Harry Williams and I'm the chief technology officer here at Marist. I've been here 37 years now.

Harry: So that's actually just professionally. I was here as an undergraduate and, while I was an undergraduate, we had been using computing time sharing services at Cornell University and I helped transition us to having a local computer here, a system 370/135 originally.

Harry: Basically in the winter of 1978-79, I just stayed here doing different things. You know the university grew over those last 37 years, 38 years and it actually is—others describe it we've grown from a very small regional local university to a national presence in part because of some of the work we've done with technology, including the mainframe, so we've had a mainframe for all that time that I've been here. We've integrated more and more. We've done things like Linux on z, you name it, if it's on a Z, we're running it.

Reg: That is so cool, and of course, I am sure it doesn't hurt that you guys are located within basically walking distance of IBM's mainframe headquarters. That must have played a really significant role in Marist's great success of being really a shining light in the world of mainframe education.

Harry: Well it is. Geography does have a key role in that place. You know we've put a lot of people into IBM as part of our graduates. It's actually about four miles south of us here, and we've done a lot of things where we provide some education to them and they hire a lot of our graduates, but it's been part of—we have a unique relationship with IBM. We have a project here we call the IBM joint study. They tend to call it the Marist joint study, but where we actually work on different projects together, so for example one of the projects we've currently working on is we help run for IBM the Linux on Community Cloud so anybody can get a free Linux server for up to 120 days on a machine that we run here for IBM.

Reg: That's cool. How does somebody do that because I'm sure a lot of people listening are thinking, “Oh, yeah. I would love to do that.”

Harry: It's—if you go to the developerWorks website, [[LINK: developer.ibm.com ]] there's a link there somewhere. Don't ask me. I don't know where it is off the top of my head, but you can actually then go through the process, sign up and see how Linux works on the mainframe.

Reg: That is so cool. Now of course you've also been super busy with and involved with SHARE. I know when I was on the SHARE board from 2009 to 2011, you were on the board—you and I were on the board together. You've continued on and now you're the president. Tell me about your journey into and through and right up to where you are in SHARE.

Harry: Well, you know I was an attendee for a long time and then there was an opportunity to help out a little bit, so I did a few things. I started out on the technical steering committee where we met with IBM and talked about the future, some of their plans and things. Then I had the opportunity to sit on the nom-com—the nominating committee looking at members of the board of directors for SHARE. I did that and one of the people that I convinced to run for SHARE, Martin Timmerman at the University of Waterloo, actually won. So he had a role before that he needed somebody to step into, and so I became a program manager and responsible for the distributed systems area.

I did that in various iterations for about 10 years, and then I was asked to consider myself running for the board. So I did that and I actually won. I spent three years working on SHARE website and things like that, improving that. Then I did the treasurer, and now I've been the president, so it's been an interesting journey, a lot of fun, meet a lot of great people, a lot of passionate people. You know that's the thing about SHARE is you have people caring about the organization and about the ecosystem and being very passionate about what they do. You meet a lot of people like you, Reg, where you have this whole technology of the podcast is all very new for us.

Reg: Well that's pretty cool. Now of course one of the neat things as I've gotten to know you, Harry—and of course you and I are friends on Facebook—is I see you're involved in so many other things that all of kind of weave together into this role that you have. I see you've got a lot of community involvement in Poughkeepsie as well. Maybe get a sense of some of the things that you do that are really important to you in your geographical community.

Harry: Well I mean it is. It's—when I was brought up, my parents—being involved in the community was an important part of what they taught me. You know family is a big part of my life, the relationships and stuff. I'm still very close to my sisters and my nieces, but also my wife and I, we actually run the local food pantry in the small community we live in.

Harry: And we're very active in that and spend a lot of time doing that. I am involved in several different Masonic that's around the area too, so I spend more time away from home—as my wife reminds me—than I do actually in the house.

Reg: We mainframers are used to that, aren't we?

Reg: Now tell me, what are your thoughts about how SHARE plays in the community? I guess on the one hand, obviously the Poughkeepsie community where there is such a mainframe presence, but also in the global community because obviously that's a perspective that people don't always appreciate, but it's so important.

Reg: Now there's a lot of change happening on the mainframe and at SHARE. Part of that change is that we're finally very slowly getting a new generation in the workforce at the same time as the world of computing is changing and I think in a lot of ways rediscovering its need for those particular qualities of service that only the mainframe really has. What are your thoughts about where SHARE and the mainframe are going next?

Harry: Well I think, as you mentioned, the whole idea of the next generation of people is a very important part. You know, you're very active also in the zNextGen, which I think is a key component. We're seeing some good young people actually starting to get involved in the community. We have a new member on the board, Holden O'Neal from SAS, bringing some fresh ideas.

You know, one of the things that I've worked with in the last couple of years is to try to be more engaged with the academic community, to get college students and high school students engaged and looking at this technology, and so we've tried to reach out for more of that. You're going to see more of that over the coming couple of years, so it's an important part. Just last summer in Providence we had a hackathon where we had about 90 students come for one day and actually try different things out about the mainframe, to experience that, meet with different people, so there are positive things going and a chance to interact with the students of the future.

Reg: Decent. Now as far as SHARE specifically is concerned, I know there's always new initiatives and that kind of thing. Are there any particular initiatives happening or coming up in SHARE that you really want to make sure people are aware of it and engaging with?

Harry: Well we've created a new membership class for students and faculty to actually engage them, the ability to look at things, and we're pursuing that more and more, and so I would say watch the space. Also if you have people that are in college, either faculty or students, look at—point them to SHARE so they can actually see some of the content. We're trying to do more and more with that.

Reg: So go to SHARE.org and get some of that value there. Cool.

Reg: Now for somebody who is new to SHARE or maybe attending their first SHARE, they look and it can be intimidating to see all these volunteers who make it happen, the projects, the programs, the board. You know as they are thinking about their own personal journey in SHARE and maybe thinking some day they might be in your role as president of SHARE in another decade or two, what advice would you give such a person in order to really get involved and contribute well to SHARE?

Harry: Well I think that's part of it is just to become more engaged. It can be intimidating. I remember my first SHARE, and I'm a true introvert, and so it was difficult actually to go up and talk to people you know these experts that know everything, but we're all human. We're all interested in SHARE and what we know. There are a lot of opportunities we have at SHARE. There's receptions; there's trade shows. You could even talk to the speakers after sessions and get that interaction, that personal bond with people. If you can get out of your comfort zone and talk to someone, things would be good.

Reg: Awesome. Well this has been really great Harry. Any closing thoughts you have, just things you want to make sure people are sort of taking with them on this?

Harry: No, I think you've managed to point me in the right direction with the different things worth talking about. We're trying to increase our year-round engagement, so look at the website. There's webinars there that are available. There are chances to interact with people. I would say jump in. It's nice out here.

Harry: Well thank you, Reg. I really appreciate this opportunity.