Why Clients Rely on Linux on IBM Z and LinuxONE 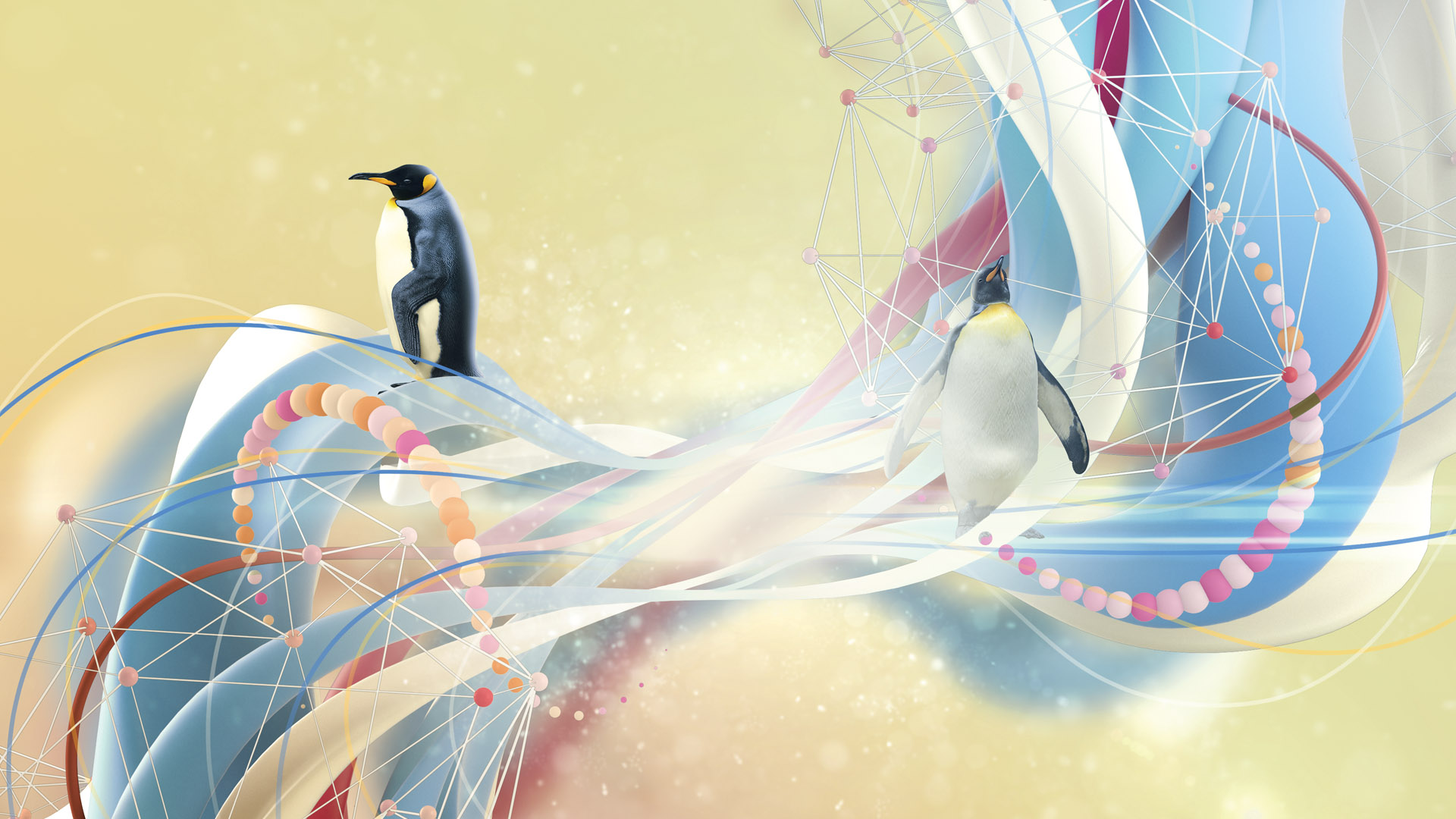 The Linux OS enables clients to use up-to-date technologies for their applications. Linux workloads integrated with other existing workloads on IBM Z, like z/OS* workloads, deliver better value to the business, according to Barry Baker, vice president, IBM Z Software. Clients see improved outcomes for Linux applications using IBM Z due to its qualities of service, scaling, security and performance.

“Clients using Linux next to their traditional workloads are the fastest growing mainframe segment.”

The rise in Linux deployments demonstrates the acceptance of open source on IBM Z. Linux on Z is the same OS that exists on other architectures. However, it’s optimized to use the strengths and capabilities of the IBM Z and LinuxONE hardware technologies. Developers using Linux on the mainframe have the same tools and same experience as those using it on other systems. Further, Linux developers don’t need Z skills.

IBM supports Linux distributions offered by Canonical, Red Hat and SUSE. IBM contributes to the upstream Linux kernel and the code bases for each distribution. The company also works with the distributors on testing and validating Linux on Z.

Linux on the mainframe is best suited for mission-critical and data-intensive workloads. It’s also ideal for emerging applications accessing existing data on IBM Z. These workloads benefit from the mainframe’s security and vertical scaling properties. Because of the systems’ efficiencies, clients are deploying many databases and data-related workloads on Linux on Z or LinuxONE.

Scaling is one of those efficiencies. The IBM Z platform is a virtualized, single system, which facilitates scaling of databases and applications, notes Adam Jollans, program director, LinuxONE Marketing. In contrast, workloads on x86 are often split across multiple systems, which can introduce latency in application response time. It can also make applications more complex to deploy and manage.

Running Linux workloads next to the data increases efficiency, which is important for those organizations that keep corporate data on IBM Z. “When Linux is colocated on the system, clients have memory speed access to the most current data,” Jollans says. That access provides performance and consistency benefits.

Mainframe Security Is Critical for Linux

In addition, clients who need high security choose the mainframe.

Banking is one industry that relies on these attributes. “The mainframe provides key banking applications with access to the databases and systems of record data,” Baker says. Banks also need strong security to meet government regulations. “The levels of isolation and security on IBM Z are unmatched by any other system on the market,” he notes.

Clients gain performance and efficiency in operation by colocating Linux with traditional workloads on the mainframe. Benefits include the capability to use interconnects rather than relying on network operations. The IBM Z platform can be managed effectively and efficiently by use of unique arrangements for administration, security, backup and disaster recovery.

For instance, a mobile banking app developed on Linux needs to access the core banking system. “Clients will see material benefits from colocating that workload in the same security envelope,” says Baker.

Security is critical for computer resources shared between multiple tenants. Container technology provides clients with the ability to keep data and workloads separate. The IBM Z platform can handle thousands of containers on a single system. Further, over 1,000 Linux guests are supported on a single IBM Z system, according to Baker. For those clients using Docker containers, the IBM Z platform can handle even more containers on a single system eliminating network latency.

Distributed systems also can handle containers. However, the use of many containers on a scale-out x86 system can reduce system speed because these systems need to be split across multiple servers. This increases the likelihood of introducing latency due to networking delays.

The IBM Z and LinuxONE servers support today’s modern workloads, such as machine learning, blockchain and cloud. Machine-learning software is available on IBM Z both for z/OS and for Linux on Z, giving the workload quick access to data. In developing the solutions, the IBM Z team worked with IBM Analytics and gleaned pointers from IBM’s data science experience. Clients benefit from that shared experience.

Besides using the IBM Z server for on-premises cloud deployments, IBM offers the IBM Blockchain Platform on the IBM Cloud. The blockchain offering is built on and runs on LinuxONE.

To protect the security of the blockchain IBM uses Secure Service Containers (SSC), which is a secure envelope that’s 100 percent encrypted. SSC can only be accessed using white-listed management APIs, which helps prevent insider intrusions. SSC “is a unique approach” that no other platform is using, Baker says.

By enabling each tenant to have its own SSC, this solution also serves the cloud service provider market. “It’s like having a physical air gap between the tenants’ systems,” Jollans says.

Pervasive encryption, another security innovation, provides a combination of hardware, firmware and software. IBM has been working with Canonical, Red Hat and SUSE to include software support for this feature in their Linux distributions for IBM Z and LinuxONE. Pervasive encryption applies to all data, eliminating the need for data center staff to decide what to encrypt. Manual decisions on which data to encrypt can lead to errors and often result in huge management costs. It’s now possible to encrypt everything without impact on service level agreements (SLAs), notes Jollans.

To achieve encryption at scale, IBM starts with its chip design. Each chip includes an area designated to handle requests for encryption, explains Baker. The encryption moves up the stack through the millicode, the VM layers and the virtualization layers into the Linux stack. In contrast, x86 uses an encryption engine that’s shared by all of the cores.

Common technology underpins the IBM Z and LinuxONE systems. The IBM Z server can accommodate Linux, z/OS and other OSes colocated and integrated on the same server. The LinuxONE server is designed for Linux OS-only workloads.

When a business logic core asks for data, it makes the request to the I/O cores. This design allows the IBM Z server to scale as demand spikes. Typically, x86 systems require additional hardware to scale. With IBM Z, you don’t need to add more servers and networking.

Linux on IBM Z benefits many applications. IBM Warehouse, Db2*, Oracle and MongoDB are popular database applications. The IBM Z system can accommodate open-source MongoDB databases as large as 17 TB, notes Jollans. When run on x86, large MongoDB files must be split up into sub databases across several systems or “sharded.” This can cause delays in data retrieval as well as introduce potential security exposures.

Comparing the TCO of Z Versus x86

Clients can compare systems by calculating the total cost of ownership (TCO) over a three- to five-year period, says Baker. The calculation should include all of the costs of operating Linux and the software stack on Z versus x86. Software licensing and systems administration skills, not just acquisition costs, must be considered. The TCO should incorporate the cost of upgrades. IBM’s approach to upgrades and growth can yield significant cost differences when compared to the purchase of commodity hardware and systems.

Operating one large system reduces costs, says Hosch. The savings comprise servers, cables, switches, and routers that won’t be required with a single-server system. Maintenance expenses may be reduced. Many performance and operational cost benefits can be achieved by colocation. Further, clients may see lower software costs as licensing fees for Linux are usually priced per core.

The benefits of security, reliability and availability should be considered, too. Because SLAs can be easily met by running Linux on Z, this positively impacts the bottom line as well.

Clients can rely on access to applications, solutions and software products from IBM, ISVs and the open-source community. IBM’s experience and support for Linux and z/OS will benefit clients, too.

Linux on Z gives clients a familiar look and feel to the mainframe system. Any client that uses Docker, Kubernetes and the most current DevOps tool chains can run those applications on IBM Z and LinuxONE to get the familiarity of Linux on a more robust, trustworthy and efficient system.