TechChannel Rising Stars have been working on the platform for five years or less, but are already making a splash in the Power Systems ecosystem 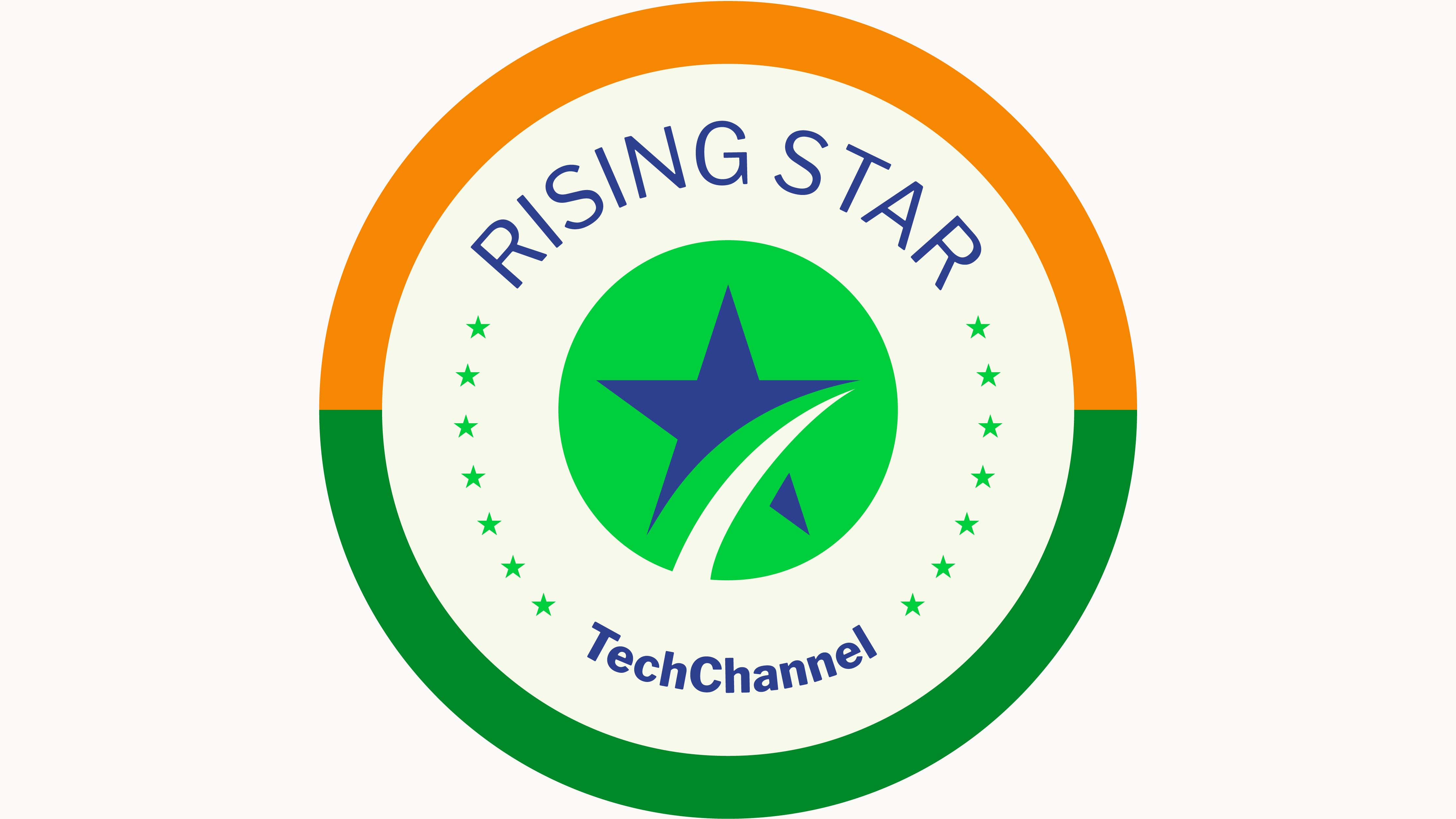 This year, TechChannel begins a new tradition—acknowledging Rising Stars in the Power Systems community who have pushed the boundaries of what is possible since joining the ecosystem within the last five years.

Formerly known as the IBM Fresh Faces program, the TechChannel Rising Stars initiative—which will run once a year—aims to recognize the next generation of aspiring innovators within the Power Systems community, creating visibility of their breakthrough thinking by showcasing their work and amplifying their voices to help them grow their potential to influence.

This year's Rising Stars include: 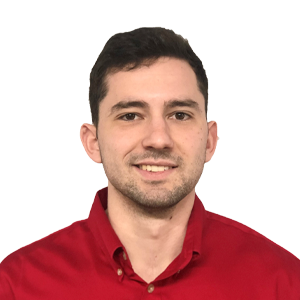 Even though Brett Getz has been with IBM Power Systems for only a year, he has had to face the many challenges of working remotely due to the impact of COVID-19. After joining the iTech Solutions team back in early March 2020, Getz has had to adapt to a new system through the teachings of iTech Solutions’ technical team as well as the rest of the IBM i community. Getz is always eager to learn new techniques and grow his skills on IBM i. At iTech, his main responsibilities are to both control and monitor the operations of iTech’s numerous customers and systems.

From monitoring and responding to any system abnormalities, to providing 24-hour coverage, he ensures that the systems at iTech run as efficiently as possible throughout the week. In January 2021, Getz had the opportunity to attend his first installation at one of iTech’s customer locations. He was able to observe and appreciate the user-friendly nature of IBM i along with its customizable options that guide users through prompt options. For Getz, the IBM i community has always been welcoming and supportive of who he is and how he works—which makes his job and learning about new platforms even more fun! 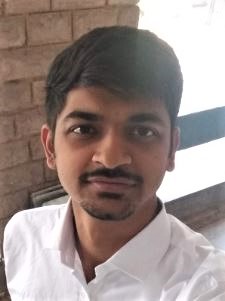 Since joining Programmers.io in 2019, Keshav Mundra has strived to propel his interests into the limitless integrations of IBM i to the open-source world. At Programmers.io, Mundra has sought to develop secure websites by integrating existing RPG programs with the use of Java. From creating OAuth APIs on Db2 IBM i and deploying Java APIs as a Jar File on IFS, it has been Mundra’s goal to maintain and develop extra security precautions.

With the use of Java APIs, Mundra has modernized IBM i logins into Java, while collecting all of the logic information from RPG programs using the OAuth server for security. In addition to providing website security, Mundra has taken steps to modernizing greenscreens using tools such as Profound, HTML, CSS, JSON and JavaScript. He has also sought out the development of Java applications based on Db2 and making PCML calls to IBM i and creating a complete Db2 database from Java using JPA-Hibernate. Mundra is also working on giving training to new people and encouraging the team about IBM i—letting them know about its benefits. Being a software engineer, Mundra has developed a wide variety of technological skills that allow him to excel on any platform with any tools.

With a background in managing Linux systems at the ATS Group, Anthony Mazzatenta has been working with AIX for about four years. At ATS Group, Mazzatenta found himself amazed with the stability and uptime of AIX, which inspired his drive to learn more about the platform itself. As a systems engineer, Mazzatenta is providing technical leadership for AIX environments, which includes troubleshooting, implementations, change management, data protection and more.

Recently, he completed a POWER9 refresh for a major utility that serves tens of millions of people. Consisting of two data migrations with over 150 TB each, this was a complex project to manage. However, with Mazzatenta’s high degree of coordination and his ability to balance various priorities, he was able to keep systems online and available without having to sacrifice uptime and availability.

Throughout his career, Mazzatenta has learned that, while some resources are out there, it’s difficult to find problem-solving information that’s easily accessible. Due to this insight, Anthony has regarded that lack of platform availability as one of the challenges he has had to face when it comes to technical issues special to AIX’s configuration and utilities.

Throughout the last four years, Mazzatenta has valued his highly proficient team of engineers that have given him both a wealth of knowledge and mentorship along the way. His team is consistently dedicated, available and willing to share their career-accumulated knowledge that has helped him in his day-to-day responsibilities. He has grown from a professional who handles minor breaks to being a lead engineer who installs and migrates business-critical AIX workloads. In his time working with AIX, Anthony has taken a task as dull as patching hundreds of AIX environments and applied an operational engineering methodology to create a clear path to advance his customers strategically. 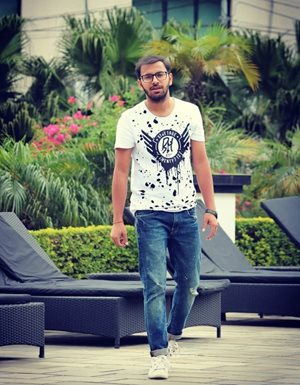 From the start of his career in the IT industry, Kunal Prashnani has had a long history with IBM i. For a bit over five years, Prashnani has worked on the IBM Power Systems platform executing numerous tasks. Prashnani’s current project involves the transfer of files by FTP protocol to serve many processes. Due to the security concerns of the FTP process, Prashnani implemented secured transfer protocols to transfer data out of the server by utilizing the ARP-SFTP tool for that very purpose.

Prashnani has used Twilio APIs that have the capability to send SMS messages directly to customers from IBM i whenever an order is placed. He’s also able to implement ARP-SFTP to save printing and to send check details directly to any bank server. In addition, Kunal has made advancements toward the modernization of greenscreens by using technologies like LANSA, LANSA Axes and CSS.

In light of the global pandemic, Prashnani has also contributed to developing and collecting vital data. By implementing an open source COVID-19 API with RPG programs on IBM i, Prashnani was able to track and document crucial data surrounding the pandemic. As a senior software engineer at Programmers.io, Prashnani is not only well versed and practiced in many tools but understands how to use those tools to help others. 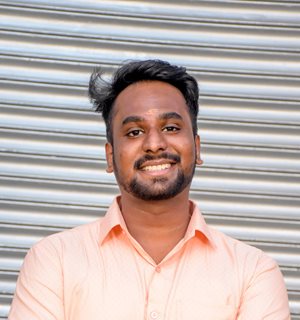 At Programmers.io, Mitesh Santhakumar has spent 1.5 years developing and honing his skills within the IBM Power Systems platform. Like many of his colleagues, Santhakumar started his career in the IT industry with IBM i back in 2016. Santhakumar has been implementing open source REST APIs in collaboration with RPG programs on IBM i to retrieve information on countries around the world.

By using Twilio APIs, Mitesh has been able to send SMS messages directly to customers from IBM i whenever an order is placed. In addition, Mitesh has also made strides in the modernization of greenscreens with the use of modern technologies such as JSON and JavaScript. Presently, Santhakumar’s focus has been in the creation of web services. By utilizing JavaScript on the front end, he can receive details from Db2 for i and display the results on a GUI. With IBM Power Systems at the forefront of his work, Santhakumar has been able to gain both the skills and experience to master this platform. 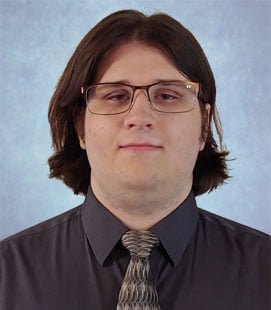 As an open-source architect, Calvin Buckley has always had an interest in technology platforms that were unlike the commodity. After seeing his friends take on the hobby of system rescues, Buckley began his journey of experimentation, which led him down his current career path at Seiden Group. One of Buckley’s first projects consisted of him being able to run Mono on IBM i, which ended with him having a successful MVP and gaining well-earned recognition for his skills. From there, he managed to work on improving the accessibility of open source on IBM i and providing high-quality PHP distribution.

Buckley also maintains the ibm_db2 and PDO_IBM PHP extensions. He enjoys not only helping other developers on IBM i, but also taking advantage of open source through documenting and writing additional tools. While navigating the IBM i platform, Buckley had to figure out many platform differences compared to the others he’d previously worked with. He is able to collect information from his past experiences within the tech industry and apply them to any challenges that he faces.

Appearing at events like COMMON as well as being recognized as an IBM i Fresh Face has provided Buckley with professional networks to grow his knowledge. As he continues to execute his work at Seiden Group, he attributes much of his IBM i education to the community of other curious hobbyists on his team and beyond. Through the connections he has made, Buckley is able to grow and apply his knowledge of IBM i. As a professional and fellow hobbyist, Buckley emphasizes that, without the help and feedback of others, he wouldn’t have been able to get where he is today. From knowing practically nothing about IBM i to becoming a master, Calvin is grateful for his team and the connections he’s made along the way. 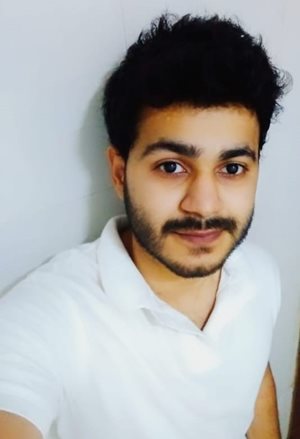 Shivam Lohiya has been working on IBM i since 2019, contributing to a platform of limitless integration and innovation. Lohiya’s duties at Programmers.io range from creation to integration and development. Lohiya created RESTful, a service using IBM Web Administrator for i, as well as hosting an Angular-based front-end project.

Lohiya has continued innovating through the modernization of greenscreens using technologies including Newlook, LANSA, HTML, CSS and more. Lohiya has also sought out the integration of Git with IBM i for code version controlling and has developed applications based on PHP using the Zend server for IBM i.

Currently, Lohiya is focusing his energy on RPG ILE programs, which he created a service to easily call from greenscreens as well as other modern technologies. By using this program, Programmers.io can develop websites on Angular, which creates dynamic web pages while calling data from the RESTful APIs created by IBM Web Administrator for i. In his position as senior front-end developer, Lohiya continues to serve as a contributor of innovation and efficiency in his work. 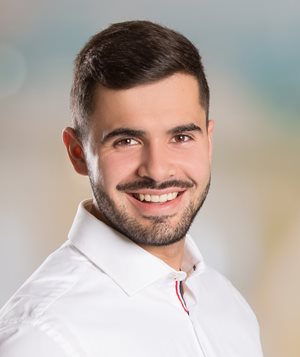 Although only 25 years old, Pascal Hüben already has a breadth of experiences with technical setups on IBM Power Systems. After working with IBM i for four years, Hüben has shown his authentic organizational talents as well as his enthusiasm and motivating personality within his work. Hüben serves as an aid in both the consulting and advising of partners as well as companies from different branches. He is tasked to not only communicate to InterForm’s clients on how to set up their IT environment, but to also ensure that they’re meeting all legal and digital requirements regarding output management.

While in the past Hüben worked on InterForm’s former output management system, he is now introducing clients to InterForm’s new state-of-the-art cloud-ready solution. This new product combines both data from IBM i and any other environment into a central system. In addition to these contributions, Hüben also manages new data formats, electronic invoices and much more. While InterForm’s customers’ ERP systems are designed for what clients see on their screens, Hüben makes sure that InterForm can offer its clients the right solutions for any of their needs. Hüben is not only technically adept in IBM Power Systems, but has been able to create genuine, lasting relationships with his clients.

Hannah Kil is an intern for TechChannel.