TechChannel Rising Stars have been working on the platform for five years or less, but are already making a splash in the mainframe ecosystem

This year, TechChannel begins a new tradition—acknowledging Rising Stars in the mainframe community who have pushed the boundaries of what is possible on IBM Z since joining the ecosystem within the last five years.

The TechChannel Rising Stars initiative—which will run once a year—aims to recognize the next generation of aspiring innovators within the IBM Z community, creating visibility of their breakthrough thinking by showcasing their work and amplifying their voices to help them grow their potential to influence.

Our 2021 Rising Stars include: 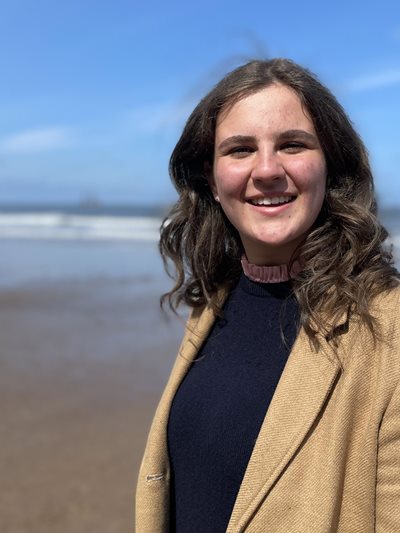 Lella Violet Halloum is far from your average 16-year-old. Her passion for computer science began when she first started to explore the “digital world.” While other little girls were playing with Barbie dolls, Halloum was playing with tech. Proactively, she taught herself to code at the age of eight through working through Khan Academy and similar courses. Halloum did not realize she was “different” from the other children her age, until her first ICT lessons at school and most notably when she won her first hackathon, designed for graduates, at the age of 11.

Since then, Halloum has continued to teach herself skills that are in growing demand from employers in cloud computing, IoT, enterprise computing and design. As a student based in the United Kingdom, Halloum was recently recognized as an innovative thought leader in the tech community and named the youngest IBM Champion in 2021. While Halloum holds the title of IBM Champion, she also holds the titles of IBM zAmbassador,IBM Z Global Student Hub Senator and zStudents Chair—making her a frequent speaker at IBM, United Nations and International Telecommunications Union engagements alike. She is an active thought leader and advocate for young people in the tech industry.

Through her collaboration with the IBM zAmbassador program, Halloum was able to independently launch the IBM zStudents initiative and nurturing a close-knit, like-minded group of young changemakers and technologists from across the globe. As a young woman in the tech field, Halloum’s greatest mission has always been to diversify the industry by creating more equitable opportunities for young people, particularly those in underserved and underrepresented communities groups and those with non-traditional academic backgrounds.

Through her work, Halloum has been able to attend and host webinars, discover her “dream classroom environment,” feel included and most importantly, heard. She intends to continue sharing her skills and experiences forward, as well as influencing policymakers to adopt the art of youth inclusion and empathize with those at the heart of the digital divide. Halloum hopes to inspire young people to proactively seek opportunities, see tech beyond the textbooks and enable them to benefit from similar resources and communities. 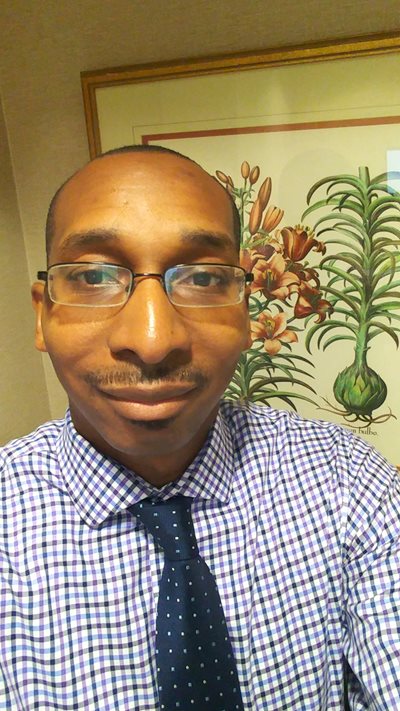 Anson Laing likes to say it takes a village to raise a mainframe. It's his way of acknowledging that in every environment, there are many bright minds charged with getting the most from the platform.

"It's how I cope with the fact that I don't know everything about this field, and maybe I never will," he says. "It takes operators, system programmers, security administrators, application developers and others."

Now a first-year associate systems programmer with IT global services provider Ensono, Laing works on the z/OS and S/390 platforms while learning from mentors company-wide. He credits Ensono's "intense" in-house training for preparing him for his current duties.

"One of my senior leaders, Bridget, showed me how to be resilient in the face of adversity. I am a member of the mainframe storage team and the team leader, Mike, demonstrates exceptional decision-making skills. My senior manager, Katie, is exceptionally professional and my mentor, Mark, is always willing to share his skills, knowledge and expertise," he says. "I've met many amazing colleagues on this journey." 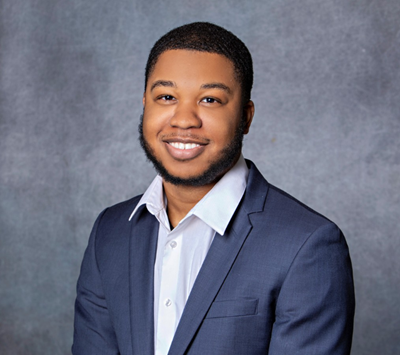 Learning the intricacies of the mainframe is a challenge for any new programmer. That's why Nicholas Gailes, a program resident at Broadcom, is grateful for the training and advice he's received along the way.

There's almost an "overabundance of great information. At times, the information being poured out is like drinking from a fire hose," he says. "For beginners, especially those trying to learn the platform without professional guidance, it can be overwhelming."

A proud "newframer" who's been working on the platform for nearly a year, Gailes is especially appreciative of Broadcom's in-house training. With the help of his instructors, he says he's learning about mainframe architecture and programming (including JCL, REXX, COBOL and Assembler).

Gailes is also appreciative of the mainframe community at large, citing his role as a panelist for the ECC Conference’s recent grad and new hire sessions as a highlight. "The mainframe community has allowed me a variety of opportunities to openly network and exchange," he says. "Currently, I am on a focused learning track tailored for newframers interested in learning the roles, functions, and responsibilities of mainframe DBAs. Being able to control the direction of your career with incredible amounts of support in the beginning is an achievement within itself." 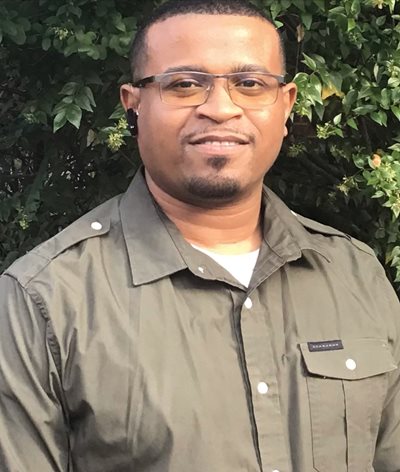 Though he's spent just a few months working on the mainframe and IBM z/OS platform, Aaron Jones has devoted himself to learning the fundamentals. A resident programmer at Broadcom, Jones is performing a range of tasks with programming tools and languages ranging from TSO/ISPF, JCL, COBOL, REXX and SMP/E.

Jones says he enjoys the flexibility that comes with working remotely—and even though his coworkers aren't in the same room, he doesn't lack for options when he needs help. Poring through training materials from Interskill Learning, a provider of online mainframe training, is one way he's broadened his mainframe knowledge. "Interskill has provided me with a level of reassurance in what I'm learning of the various mainframe topics," he says. 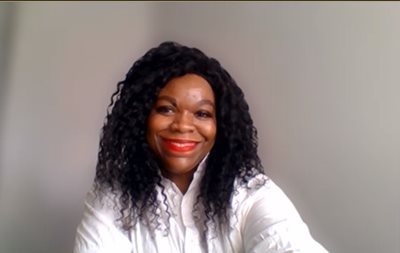 Like millions of Americans, Tiffany Obiogbolu lost her job during the early weeks of the pandemic. But in short order, she found a new career on the mainframe.

While working full-time within the graduate and professional studies department at Tennessee State University, Obiogbolu decided to become a subject-matter expert within TSU's mainframe technology space after learning about "the impact that mainframe enterprise technologies have on daily lives and the economy in general." Then she registered for TSU's Enterprise Systems COBOL boot camp.

In addition to being a non-traditional student juggling studies and a full-time job, Obiogbolu went into the program with minimal education in computer science (her background is in social work and human resource management). But she was undeterred by the challenges, and came away from the four-month long boot camp "more excited about the mainframe and enterprise technologies."

Obiogbolu began a 12-week internship at IT global services provider Ensono in early 2021. The company ultimately hired her as an apprentice mainframe systems programmer working within a project management track." I decided that this is the long-term career path I want to pursue for the betterment of me and my family," she adds.

Reflecting on her journey over the last two years, Obiogbolu expresses immense gratitude to the support of her husband and to the leadership at TSU’s Graduate and Professional Studies Department. 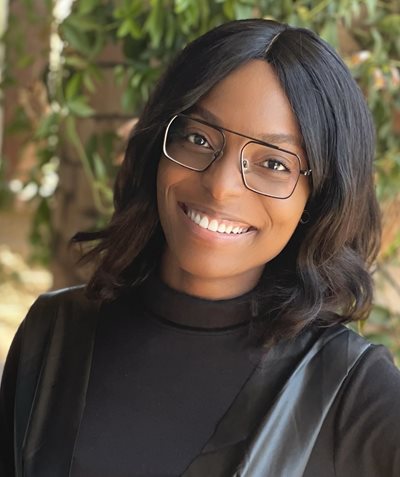 A database systems engineer with financial services provider Charles Schwab, Nwakalor helps ensure that the mainframe database system, Datacom, and its servers are maintained, secured and accessible to users.

"Most of the challenges I face center on my need for continuous learning. Even though I've worked on this platform for two-plus years, I have yet to fully comprehend everything about it, and the mainframe," says Nwakalor, who previously worked as an associate consultant at Broadcom.

"The exciting part," she adds, "is that I get to work with and talk data all day long."

Nwakalor has always been fascinated with data. Prior to her professional work on the mainframe, she taught herself how to use JavaScript to build computer software and mobile applications. She also has a background in civil and environment engineering. Down the road, Nwakalor looks forward to broadening her database knowledge while working on mainframe modernization projects. Db2, Zowe, MQ and Linux are among the platforms that intrigue her.

"It's truly going to be a very long road of learning for me," she says. "I want to enjoy the process on my way to where I want to be in my career." 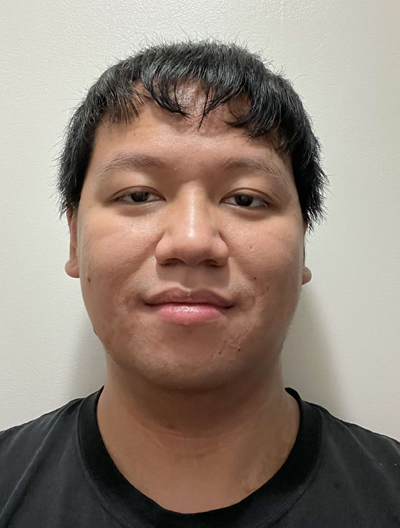 Coming from an IT and computer science background, Long Nguyen regularly heard about the mainframe. "I hadn’t known a whole lot about it, but as a technology that’s been around for so long, that's been so integral to modern society and continues to grow, adapt, and performs such a vital role, I felt I should delve into it," he says.

Delve into it he has. Nguyen is a cybersecurity specialist at Liberty Mutual Insurance, where he works with ACF2 (Access Control Facility 2) to help the organization automate its security processes. In all he's been with Liberty Mutual for approximately 15 months, having initially worked a six-month residency.

In addition, Nguyen serves as his team's ACF2 subject matter expert (SME), training new team members on the software security system. "As someone new to the shop, the SME role was a big challenge," he says. "It required me to dive deep into our system and learn how it's set up."

Nguyen credits the Broadcom Vitality training program for accelerating his interest in and knowledge of the mainframe. Now, as a mainframe professional himself, he continues his education through the help of colleagues.

"I work a lot with the people within our mainframe division," he says. "One thing I’ve learned is that most people on the mainframe are very good at what they do. They’re passionate. That leads them to learning a lot, and it also makes them willing to help a lot." 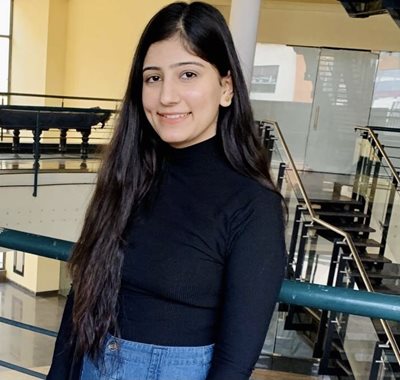 As a college freshman enrolling in computer science courses, Komal Mann was unfamiliar with enterprise computing and the IBM mainframe. However, through her experiences, she’s quickly gained an appreciation for the platform and its capabilities.

Mann, who attends Chandigarh University in Punjab, India, initially joined the IBM Z Ambassador program. That connected her with other students who were studying the mainframe. Another program, the IBM Z Global Student Hub, provides resources that help her with classroom work.

"Being completely new to IBM Z and technical areas such as z/OS, USS and JCL, I often felt stuck," she says. "But the ample resources available on the student hub enabled me to keep progressing."

Now with more than a year of study behind her, Mann isn't just a student, but an advocate for the mainframe. She's organized and participated in several online events, including student-centric virtual sessions at the annual IBM Z tech conference.

"I am very glad to be a part of the ambassador program," Mann says. "It's helped me learn about new technology and connect with a diverse group of students as well as industry professionals. It's also helped me grow. I went from being nervous about public speaking to speaking comfortably at a tech conference in the virtual presence of hundreds of students."