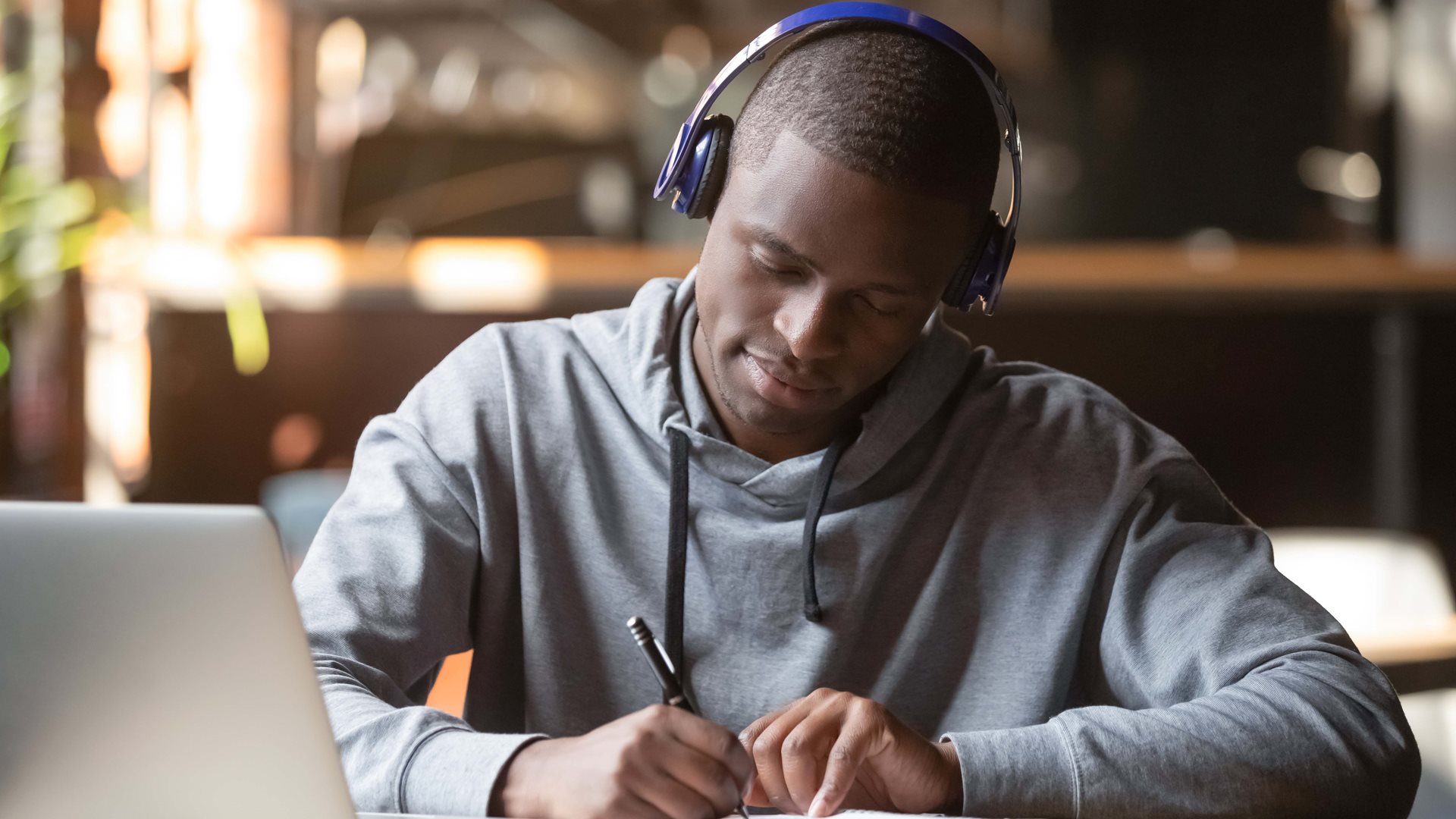 On the other hand, Seay teaches at East Carolina University, serves as co-chair of the Open Mainframe COBOL Working Group, and has 17 years of mainframe computing teaching experience at five universities. Seay and Thompson have collaborated on various projects in the past, but the two found a unique project that brought them together to benefit college students at Historically Black Colleges and Universities (HBCUs) and other institutions of higher learning that are often overlooked by recruiters seeking talented graduates from IT programs.

Early this year, Thompson and Seay offered a bootcamp-style series of remote-learning classes to teach students foundational enterprise mainframe skills. The program ran for four weeks, with classes meeting on Saturdays and Sundays from 9:00 a.m. – 4:00 p.m. This schedule allowed both students and young professionals to attend. At the outset, they decided to limit enrollment to 25 students and considered registration of 10-15 successful.

Instead, they ended up with 45 registration requests and had to reject 20 top-tier candidates. “These were working professionals and full-time students,” says Thompson. He identified and selected the top 25 students, but fully expected a few would drop out, after the first class. Instead, they had full attendance for all four weekends, and every student completed eight rigorous lab assignments, which were graded by Seay. Seay notes that attendance and an assignment pass rate, at a level such as this, is unheard of in higher education.

One of those students was Nicholas Gailes, who says that he “definitely saw the bootcamp as an opportunity to get some extra, real-world skills to enhance and supplement his conferred college degree.” He attends TSU, and notes that he feels he has an advantage because TSU is the only HBCU (out of 107) across the country (and the only school in the state of Tennessee) that offers an enterprise program.

“Universities, in general, are not sharing with their students the necessary leading-edge enterprise technology skills that corporate America needs,” says Thompson. Seay adds, “They are dropping the ball on that.” In 2000, Thompson was prepared to retire from a long career in technology. Shortly after he retired, universities began contacting him asking for his consultation on how to enhance the curricula of the computer science, engineering and business technology departments to close the gaps with what is needed to equip students with the critical skills needed by corporate America. At first, he says, “it was one or two days a month, then one or two days a week. Within a year, it was full-time consulting. Throughout that time, all of the schools were referrals.” Since he never planned on having a second career as a consultant, he never marketed his services, yet the invitations to guide curricula kept coming.

It was during Thompson’s time accidentally building a successful consulting career that he and Seay met. “It was when enterprise tech was really taking over,” Thompson recalls. “I come from a tech background, specifically computer base tech. Cam [Seay] really understands the academic world.” Since the two began working together, they collectively have helped some 400 students find jobs at Fortune 500 companies, though they are quick to give one another credit. “That 400 number—John [Thompson] had a track record for 10 years before we met up. He placed hundreds of students, and was established in being able to move students from classroom to workspace,” says Seay.

“When we hooked up, we moved it to a different level,” says Thompson. “We began to understand the needs of corporate giants.” That’s when they began to conceive the idea for a bootcamp model for students and working professionals who were interested and motivated to make a career change to the area of enterprise computing.

From a student’s perspective, Gailes felt that the bootcamp model was an advantage because it gave him more flexibility. “The interactive way we studied and the online labs made it a lot easier,” he said, though he does acknowledge that a classroom setting allows for a more in-depth understanding. “But,” he adds, “getting the foundational skills prepares students for interviews in the field. A lot of companies are willing to hire students that have a basic knowledge of enterprise technology.”

Thompson and Seay name several motivating factors for the work they are doing, but one of the biggest is student debt. Student debt in the US has now topped a trillion dollars, but by and large, academia does not believe it exists to help students find jobs. One of the bootcamp students told Thompson that a faculty member at his institution told him flatly, “I’m not here to help you get a job.” That student was about to graduate with an excellent GPA in what’s considered a high-demand field, yet didn’t have a single job offer. After successfully completing the January 2021 bootcamp, the students have been contacted by a number of companies and interviews are scheduled.

Smaller schools say they don’t teach enterprise technology because; “We’re poor, we don’t have endowments like Yale, MIT, whatever,” says Thompson. These schools require additional funding to hire faculty to teach the enterprise elective classes. Thompson believes that if this skill and knowledge base is absolutely needed by corporations to run their mission-critical business operations, they should provide funding support, to the schools, for the design and teaching of the mainframe classes.. “They need to put their money where their mouth is,” he says.

Defining Success by Graduates Getting Jobs

The program that Thompson and Seay have pioneered is successful, according to their definition, which doesn’t involve enrollment or the number of certificates granted. Instead, “We keep score based on how many folks get jobs,” says Seay.

“I’m the link between the student and their future manager,” says Seay. “And John is the trusted advisor to the university’s president and serves as the liaison between the corporate and higher education communities, as well as being linked to their HR personnel.” Together, Seay and Thompson have a very good idea of how to work with corporate America to identify their hiring needs and how to navigate their respective hiring processes, in order to get students interviewed for these high paying positions and ultimately hired.

The frustrating thing for both of them is that schools often don’t see the value and impact that enterprise/mainframe technologies have on every aspect of our daily lives. It cuts across all degrees and majors such as criminal justice, agriculture, social science, medical, communication and liberal arts, to name a few.

“The bootcamp we offered was during the winter break, in the COVID environment when students weren’t on campus,” says Thompson, observing that their success was clear, even under such daunting circumstances.

Gailes, who graduates soon, said there was more to the bootcamp experience than learning skills. “They provided us with the opportunity to network, and learn how to think about problems and solve problems, and integrate these mission-critical skills into the workplace.” After a pause, he adds, “On a student level you don’t really get these experiences.”

When the president and CEO at Compuware, Mr. Chris O’Malley, visited the class to discuss the importance of the mainframe, during the last weekend of the class, Gailes adds that O’Malley told the class that he thought this was a great initiative and gave great praise to the students, Seay and Thompson. “He even followed up with a personal email to me, saying: ‘There is something very special about those that take the initiative and always arrive early and prepared. Nicholas, you set a good example for all of us’ ” Gailes recalls.

Combating Inequity and the Generational Gap

Along with the effort to help lower the student debt and place HBCU students in jobs, Thompson and Seay are also working to help change the racial disparities in personal wealth. Thompson emphasizes the Black/white wealth gap, and notes that the average white person has a net worth of around $170,000 while the average Black person has a net worth of about $17,000. Getting graduates of HBCUs into well-paying IT jobs is one way to address that inequity.

“The bottom line is, let’s get these students into these positions. We know what we’re doing; and at this point, no one can question either our credentials or success, given our collective placement of over 400 students in this space with Fortune 500 companies such as: IBM, Fidelity Investments, Wells Fargo, Bank of America, LexisNexis and Microsoft, to name a few,” says Thompson.

Gailes says that the program addresses another gap in the IT world. “There’s a generational gap that can make it difficult for newer learners to get into these careers.” He agrees that students who graduate from lesser-known schools face challenges because recruiters “are used to recruiting at the Ivy League schools.”

Thompson, Seay and Gailes all agree on one important point. Businesses that use mainframe technology need employees with a good foundational skill set, and most university IT and business departments aren’t teaching those skills. “The bootcamp model can work outside of the university system,” says Thompson. “Students might not get university credit for attending a bootcamp funded by a corporation, but they would get a job.”
Like this article? Subscribe for more
Tagged as: