TechChannel has selected our 2022 zSystems Rising Stars. Meet them here, and see what exciting projects they’ve been working on.

TechChannel is pleased to acknowledge our class of 2022 Rising Stars in the mainframe community–recognizing those who have worked on the platform for five years or less, but are already pushing the boundaries of what is possible.

Our Rising Stars initiative is designed to recognize and bring visibility to the next generation of aspiring innovators within the zSystems community. Meet them below, and learn about the wonderful work they’ve been doing: 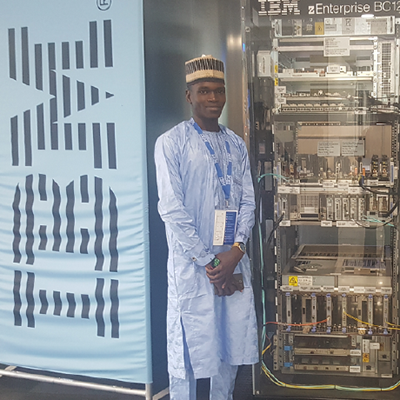 Since being exposed to z/OS through the Open Mainframe Project Mentorship program in 2020, Salisu Ali has become “fascinated by the efforts and creativity put in place to modernize interaction with the mainframe.”

During his mentorship, Ali worked on a major incubation project with Zowe called ZEBRA (Zowe Embedded Browser for RMF and APIs). The goal: to provide reusable and industry-compliant RMF data in JSON format. Because JSON is attractive to developers, there are lots of third-party analytics and visualization tools available to harvest ZEBRA metrics.

When the project began, Ali was the only developer working on it. The initial phase of the project was difficult because he was a full-time student and was unable to devote much time to it during the week. Ali spent many late nights and weekends contributing to the project.

With help from Alex Kim, his mentor from Vicom Infinity; Len Santalucia, Vicom Infinity CTO; and the Zowe Leadership Committee; Ali completed his project and learned valuable development planning skills and teamwork—and gained experience with GitHub, Docker and Linux. He was also able to attend virtual conferences—including the Open Mainframe Summit, OSS Europe and Marist ECC—where he presented his learnings from his Open Mainframe Project Mentorship project. Ali says, “It’s been amazing working on this project, meeting new people and learning more about the mainframe.” 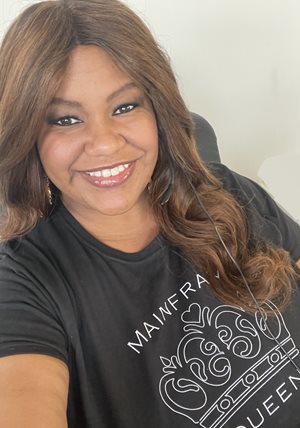 Laticia Carrow, systems analyst for DDC-ITS, has always viewed technology as a tool for doing good. After shifting from a job as a stylist to focus on tech, Carrow began reaching out to professionals working on zSystems to learn about their work. With 19 months on the platform, Carrow has been able to train on various concepts including security, storage, automation and capacity.

Carrow has achieved several Interskill badges via Credly and has attended the SHARE conference twice—the first in Fort Worth, Texas, and the second in Columbus, Ohio. At SHARE Columbus, she participated in two panels, discussing the New to IBM zSystems Community and how to build a mainframe workforce. “These conversations are very important to me because this is how we build a sustainable workforce,” says Carrow.

Carrow says understanding the requirement definitions for certain tasks and asking the right questions at the right time were challenging when she first started on the platform. She is grateful for her mentors, coaches and the educational resources that support her through the challenges and help her not only learn but also earn and grow from them.

“The best part of my journey, which is far from complete, is the ability to further my advocacy efforts,” she says, adding that when people realize how many of their daily tasks are backed by technology, they want to learn more. Carrow explains, “The conversation starts with how we are using technology for good; it’s not a scary thing, it can be learned and all are welcome.” 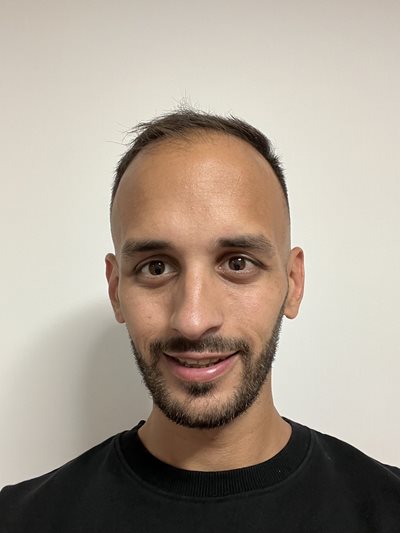 When Andrej Chmelo joined Broadcom, he was eager to apply his three years of Java programming skills to Zowe and the Open Mainframe Project. “I find it exciting and inspiring how my skills and expertise are helping Zowe’s customers reinvent their mainframe and hybrid cloud infrastructure,” he says.

For the past two and a half years, Chmelo has worked on the Zowe API Mediation Layer team at Broadcom, focusing on security and features like X.509 client certificates and personal access token authentication. He’s gained valuable mainframe skills with core z/OS components like z/OSMF, SAF and RACF.

The open-source community is vibrant, with a wide variety of available tools. But, Chmelo adds, “Information about software running on the mainframe can be difficult to find—not to mention open-source examples.” Chmelo’s coworkers and colleagues in the Zowe community have been reliable mentors for him as he’s learned to navigate the mainframe space. “Luckily, I work for one of the most experienced mainframe software divisions,” he reflects. 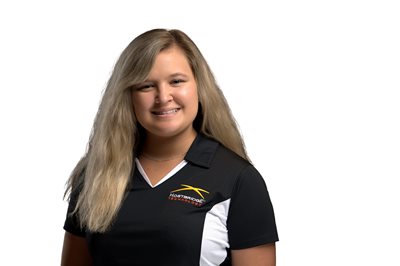 While earning her master’s in business analytics at Spears School of Business, Oklahoma State University, Dartlon started working at HostBridge and became a Splunk Core Certified User. She created Splunk dashboards for several enterprise clients by analyzing SMF 110 data enriched with the HostBridge HTAC product, which gives businesses an end-to-end view of mainframe transactions to improve performance management and auditing. She also used JavaScript to create visualizations of SMF 102 data that HostBridge linked to SMF 110 data.

Dartlon credits mentoring from HostBridge CEO Russ Teubner, webinars and Splunk .conf for helping her learn the platform. “I have fallen in love with the work HostBridge does,” she says. “I never do the same thing day to day.” 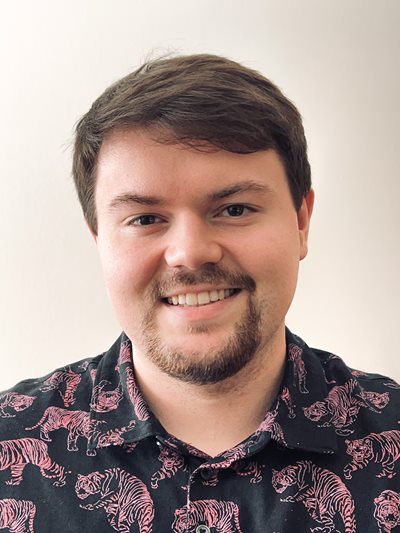 “The mainframe is on the cusp of a technological avalanche of advancement. It’s a remarkably exciting time to be a part of this community. I want to be here when that happens, and I want to do everything I can to make it happen,” says Clayton Heathscott, associate mainframe/IDMS systems programmer, Ensono.

Heathscott’s love for technology began in high school when he served as the videographer and editor for his school news station. There, he learned he could pick up on technical ideas quickly and was inspired to pursue computer science at the University of Central Arkansas.

But z/OS didn’t pique Heathscott’s interest until he joined Ensono’s internship program, the Mainframe Academy. “It was like nothing I had seen before,” he says. “Mainframes became an opportunity to broaden my horizons. I noticed the potential of z/OS and what I could do to aid in its advancement.”

Although the platform was difficult to learn at first, Heathscott benefitted from the mentorship of Laura Sherwin, who allowed him to help with the recruiting process, and Steven Perva, who demonstrated an excitement for learning and introduced him to the potential future of z/OS, with utilities such as Zowe, ZOAU and z/OSMF. He also participated in various training programs, particularly around database management on the mainframe. Heathscott has used his new mainframe skills to develop several 3270 macros to simplify repetitive interactions and has presented his developments and their use cases to system programmers at Ensono.

“On the mainframe, you learn something new every day,” he says. 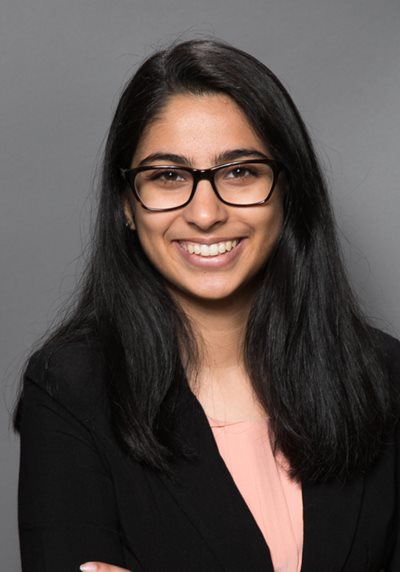 Immediately after college, Harjas Kaur was hired onto Broadcom’s mainframe systems division with virtually no mainframe knowledge. “Fortunately,” she says, “I was able to attend their ASE training program, where Broadcom mainframers share their deep knowledge.” She learned from experienced people and met recent graduates of the program, who passed along important knowledge and tips from their first few years on the mainframe.

After training, Kaur came back to the Mainframe Operational Intelligence product team and worked closely with architects to build out and improve the product’s ISPF installation and configuration process. She completed Broadcom’s general training in mainframe and REXX programming, then applied her knowledge to develop tools and utilities to work with and parse IBM system management facilities (SMF) data.

Kaur adds, “Since then, whenever anything mainframe-related comes up, I feel like I have enough background to figure it out. While I still don’t have the same expertise of someone who’s been working on the mainframe their entire career, I feel I can lead others who might not know as much as I do now, to tackle whatever problems come our way.”

In addition to honing her mainframe skills, Kaur is also developing applications with Angular and Java technologies. And, she presented at a recent SHARE mainframe conference on “Millennials in Mainframe” where she discussed her mainframe journey and gave tips to newcomers, emphasizing the benefits of learning from coworkers.

“It was a great opportunity also to hear how others have navigated learning about the mainframe. It’s cool to see how many other people are tackling problems similar to those I see in my work.” 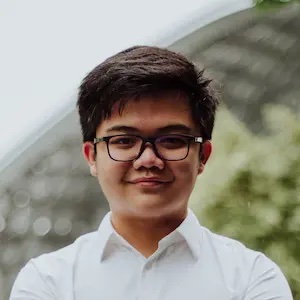 In just a few short years on the mainframe, Hartanto Ario Widjaya has racked up a long list of achievements. He was an IBM Z ambassador for 2020 and 2021 and was named an IBM Champion in 2022 thanks to his contributions to the community and events. Widjaya was also a grand prize winner for both Master the Mainframe 2020 and the IBM Z Xplore Student Content in October 2021.

Widjaya is also an Open Mainframe Project Ambassador, encouraging more open-source solutions on zSystems and serving as a mentee for the Open Mainframe Project’s COBOL Programming Course. He helps add and refine content for the course and supports course takers with SDSF, Zowe and z/OSMF.

His first interaction with an IBM zSystems machine was with a TN3270 emulator. “When I saw an ISPF panel for the first time, I thought, ‘It looks cool!’” he says. “Then I learned about the long history of the platform, and I was hooked.” After that, he picked up his mainframe knowledge through the IBM Z Xplore series (previously known as Master the Mainframe) and the IBM z/OS Practitioner course series taught by Jeff Bisti. “It was the first time I ever touched a mainframe, and it really covered the foundational system programming basics.”

Despite common misconceptions about the mainframe, Widjaya says, “I strongly believe that mainframes will be part of the future and this community is one of the best I’ve been a part of.” 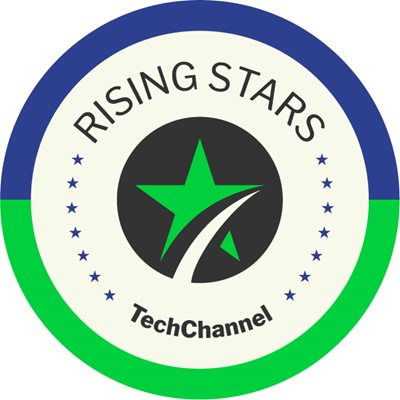 Emma Pitzl is a B2B content specialist at MSPC.

Tarra Willox is an editorial intern for TechChannel.