Dawn May explains subsystem routing features in Navigator, and how to use them

Managing subsystems with Navigator has been around for quite some time. You can create and manage subsystem descriptions with the tasks found under the Work Management grouping. The subsystem management features are quite similar to what was in Heritage Navigator, which I wrote about in the post Subsystem Management with Navigator for i. While that blog refers to Heritage Navigator, the features are the same. The following figure shows where the subsystem descriptions task is found. 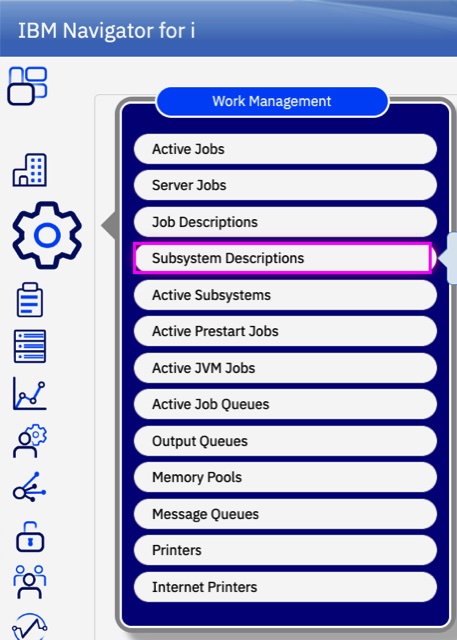 You can configure the host servers to route work to different subsystems, based upon IP address or current user profile. This is similar to the support I described in the post Subsystem Configuration for Prestart Jobs. However, with Navigator today, this has been enhanced to allow you to route by user profile using the GUI and you no longer have to call the SQL procedure directly.

You configure subsystem routing for the host servers via TCP/IP Configuration → Servers → IBM Host Servers. For the desired server, right click and take the Subsystem Routing option. At the top of the panel you find the GUI option to route by IP address, with the new support for Alternative Subsystem for User Connection in the bottom half. If you have set up routing by user profile, you can review the configuration here, edit it, remove an entry or add a new entry. This is just a GUI over the support I described in Route More Work to Subsystem by User Profile. The following figure illustrates this new feature in the GUI.

Figure 2. Routing for User Connections in the GUI

Navigator has one new task found in the TCP/IP Servers set of tasks, which is Alternative Subsystem Routing. This is similar to what I described above for the host servers, but it lists all the servers that have the ability to route work by user profile. It is in this task where you will find the ability to route work by user for DDM/DRDA, Db2 Mirror, and IBM i NetServer. The following figure shows where you find this task in the GUI navigation. 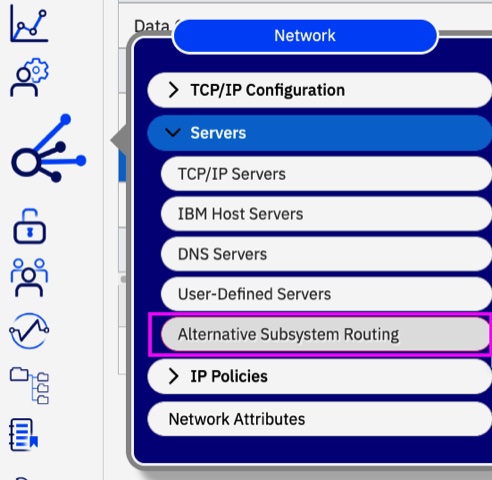