The business value of COBOL, why systems all over the world rely on the programming language and why it should be a part of your career planning strategy 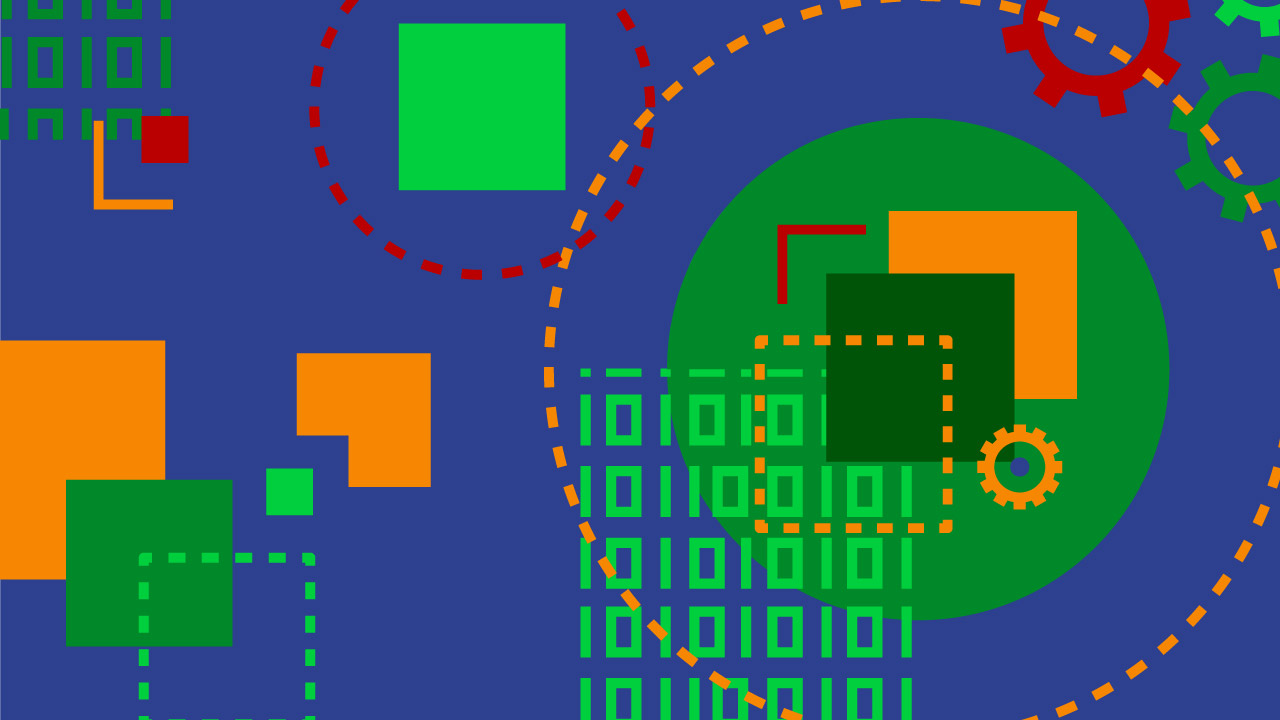 What do COBOL and IBM have in common? They have the same middle name: business! In an era when consumer electronics personal computing and the idea that everything computing “wants to be free,” it can be easy to forget the essential role of business in the very existence and relevance of computing.

Of course, the word “business” has often suffered as much as the word “mainframe” in connotation. It is instructive to ponder the discrepancy between those who demonstrate a focus on quality and value by saying, “I mean business!” versus those who excuse unconscionable behaviors with, “It’s not personal: it’s just business.” Indeed, famously sarcastic comedian George Carlin had many observations about the dark side of business that should probably not be Googled at work.

That negative aspect has led to many types of push-back over the years, including the rebellion against early business computing inherent in the “do not fold, spindle, or mutilate” movement that emerged alongside the 1960’s counter culture. Meanwhile, in the background, the business world has continued to hum and chug away, supporting those largest of organizations that enable all the consumers to go about their daily lives, taking every kind of infrastructure, service, finance, healthcare, commerce, etc., for granted.

Back when all this was beginning, there was a band that sang some very prescient songs that could be seen to apply today. Of course you’ve heard of them: The Beatles, whose heyday coincided with the announcement of IBM’s System/360 mainframe. On the one hand, we’re a mere seven years away from their “When I’m Sixty Four,” when we will be reminded that, in fact, it is we who still need the mainframe, and it that still feeds us by keeping the economy reliably in motion. But who are “we?”

“We” include the aging workforce of experts who know how to put practical value ahead of the latest consumer sensation. We genuinely mean business, while the world seeks spin. But our platform is not being sunset. To quote one member of our ecosystem about a mainframe system they had been trying to decommission, “We started sunsetting this thing so long ago that the sun’s coming up again!”

After half a century of watching the Pandora’s Box of innovation flood the world economy, those who have paid attention to what works, and discovered the quality inherent in what has always worked, find themselves running a juggernaut that hasn’t merely stayed afloat, but enabled everyone else to do so by back-ending the economy with the essential business (including financial) data and processing of record.

All of which is to say: COBOL.


A Language Dedicated to Business Processing


Common Business-Oriented Language. The culmination of the idea that programming computers was more than just configuration using switches, but could be expressed as a language. The first time in human history when a language was literally true all the time, because it was what it said and did. It was the careful design based on the best thinking of the first two decades of electronic computing—not to mention the millennia of technology, philosophy, business, and history that came before—that led to the creation of a language so definitive in what it does that it is literally without peer.

Go ahead: Make a list of the top 10, 100, or 1,000 computing languages, and ask yourself which of them even tries to do what is built into the very DNA of COBOL. They’re focused on simulation, speed, simplicity or some other set of criteria that may include business processing, but is not dedicated to it.

And, of course, it doesn’t just run on the IBM mainframe—in fact, it was conceived half a decade before the announcement of IBM’s System/360, and I contend that it also was part of the context of excellence that informed many of the best ideas that went into the design of that ultimate platform.

Now, we’re not just talking about the power of incumbency here, but, yes, let’s think about that a little bit. Once you’re an incumbent and you do your job well, you tend to accrue more and more responsibility and inertia. That’s certainly the case with a programming language that meets the need—and keeps getting improved to meet emerging needs. Add to that the fact that it arrived just in time to take advantage of IBM’s promise that any program that ran on one of its mainframes would run on all of them, even in the future, and there was no need to replace what already worked. You could build on it instead.

Strangely, COBOL has one more important advantage: it’s boring. I know: if you actually work with it, it’s fascinating and exciting. It has an incredible wealth of features built in that do things that just keep enhancing the business-specific value that it offers. But to public perception, getting down to business just ain’t that fun—and computer people just wanna have fun.

Well, consumer electronics sizzle is getting as old as a piece of bubble gum you’ve been chewing for too long. All the gadget shows have moved on from turbo charging Moore’s Law to consumer electronics devices that unselfconsciously back end to the cloud. And all that they want from the cloud is to take it for granted.

Which, of course, is all we want from the mainframe. We fools on the mainframe hill with our heads in the cloud are literally keeping the world spinning round, and a vast amount of how we’re doing it is with COBOL. Hundreds of billions of lines worth of COBOL. More than anyone will ever be able to find the time to rearchitect, rewrite, or even replatform.

Call to action time. My buddy Dr. Cameron Seay saw this nearly two decades ago and acted on it, identifying and educating practically-minded students who wanted a solid career. Your organization needs people like that. And every hard-working, intelligent, career-minded colleague you know would benefit from this unnecessarily hidden career gold mine.

But how can you and your colleagues take the on-ramp to business computing, and how can employers hire the quality practitioners of these business computing arts? Well, as much as the crank in me wants to yell “learn to write, spell, present and understand the business meaning of IT!” (right after “get off of my lawn!”), the simple fact is that, when you become a COBOL programmer, you are genuinely a business technologist, and no longer “just” a computer scientist. In other words, the first step to becoming a professional business computer programmer is figuring out the importance and essential humanity of business.

I know, I know: I’ve got to finish writing my book about the humanity of the mainframe so you can dig deeper into what I mean by that. But for now, let’s get over that old anti-business bias in IT. Maybe take a few courses in business, read a few books, take some business writing courses, join a service club and learn public speaking.

Seriously! If you want to be taken seriously by business, begin by taking business seriously. Then you’ll magically start understanding the nature of opportunities to contribute to the success of the organizations that use COBOL and/or mainframes.

While you’re at it, taking a COBOL course, in-person or online, is a really good idea. Maybe even some more advanced courses about the language and the platforms where it runs.

Now I’m not going to say that opportunities will begin magically popping up—but just look. Go to LinkedIn and other job sites. Reach out to people you know at Fortune 1000 organizations. Stick a big, bold “COBOL” on the first page of your resume. Put it in your LinkedIn profile. And get ready for a very rewarding, and stable, career.


But how about those established key players in the world economy who need to keep their stable full of COBOL professionals? Of course, the old-fashioned way of doing it is to “grow your own” and it still works. But it can be hard to entice new IT hires into a legacy career, no matter how rewarding it is. Not impossible, of course, and there are many examples, such as my interview of Michelle Yeager and Hayley Owens (see my TechTalk podcast with them here).

But the problem is this: Personality mismatch is a common issue in IT when trying to find people who are both technically sharp and interested in a “boring” career keeping the world economy running. People get computer science degrees and expect to begin making earth-shaking innovations and writing programs to change the way we do everything—or at least writing video games. So you almost have to identify those business IT candidates when they’re choosing a career and locate the ones that take traditional business values seriously in their own life plan.

My favourite example of this, again, is my friend and colleague Dr. Cameron Seay, who has been identifying youth with potential, ability, a good attitude and an appreciation for a career doing useful, important things that matter, even if they don’t involve being rock star inventors. Our discussion recorded here illustrates the importance of working with people who have their priorities set realistically straight.

And, of course, connecting with Seay and other educators who take this opportunity seriously is an excellent shortcut to identifying those future COBOL professionals who will gladly spend their career making the world economy a better place.

After all, not only are COBOL and the IBM Z mainframe not going away, they’ll continue bearing the burden of the most important business computing off into the misty future, and they’ll need quality people to maintain and advance them. And your organization will need a strategy for locating and forming those folks. And your IT career or department will bless you for choosing this most solid of IT options.

Time to get with the program!